A collection of quotes on the topic of hate.

„The Lord is I light an' salvation
so I won't heed to temptation
….. I know they hate us but Jah love us so
The more they fight we get stronger“

—  Anthony B Jamaican deejay and singer 1976

In time of trouble'Song lyrics, Life over Death (2008)

„We are all citizens of one world, we are all of one blood. To hate people because they were born in another country, because they speak a different language, or because they take a different view on this subject or that, is a great folly. Desist, I implore you, for we are all equally human…. Let us have but one end in view: the welfare of humanity.“

„People hate as they love, unreasonably.“

„Love me or hate me, it's one or the other. Always has been. Hate my game, my swagger. Hate my fadeaway, my hunger. Hate that I'm a veteran. A champion. Hate that. Hate it with all your heart. And hate that I'm loved, for the exact same reasons.“

„The worst illiterate is the political illiterate, he doesn’t hear, doesn’t speak, nor participates in the political events. He doesn’t know the cost of life, the price of the bean, of the fish, of the flour, of the rent, of the shoes and of the medicine, all depends on political decisions. The political illiterate is so stupid that he is proud and swells his chest saying that he hates politics. The imbecile doesn’t know that, from his political ignorance is born the prostitute, the abandoned child, and the worst thieves of all, the bad politician, corrupted and flunky of the national and multinational companies.“

First recorded in Terra Nossa: Newsletter of Project Abraço, North Americans in Solidarity with the People of Brazil http://books.google.gr/books?id=iR68AAAAIAAJ&q=, Vols. 1–7, Resource Center for Nonviolence, 1988, p. 42. No citation to a book by Brecht is given.Disputed

„I hate smiling. It makes me feel weak and powerless and small. I've always been like that; I don't smile in any pictures.“

„Let them hate us as long as they fear us.“

—  Caligula 3rd Emperor of Ancient Rome, a member of the Julio-Claudian dynasty 12 - 41

„I hate Communism because it is the negation of liberty and because humanity is for me unthinkable without liberty.“

As quoted in Michael Bakunin (1937) by E.H. Carr, p. 356<!-- New York: NY, Vintage Books -->Context: I hate Communism because it is the negation of liberty and because humanity is for me unthinkable without liberty. I am not a Communist, because Communism concentrates and swallows up in itself for the benefit of the State all the forces of society, because it inevitably leads to the concentration of property in the hands of the State, whereas I want the abolition of the State, the final eradication of the principle of authority and the patronage proper to the State, which under the pretext of moralizing and civilizing men has hitherto only enslaved, persecuted, exploited and corrupted them. I want to see society and collective or social property organized from below upwards, by way of free association, not from above downwards, by means of any kind of authority whatsoever.

„My Lords, I and the vast majority of the Jewish community, care deeply about the future of the Palestinians. We want Palestinian children, no less than Israeli children, to have a future of peace, prosperity, freedom and hope. Which is why we oppose those who teach Palestinian children to hate those with whom they will one day have to live; who take money given for humanitarian aid and use it to buy weapons and dig tunnels to take the region back to a dark age of barbarism.“

„I no longer have patience for certain things, not because I’ve become arrogant, but simply because I reached a point in my life where I do not want to waste more time with what displeases me or hurts me. I have no patience for cynicism, excessive criticism and demands of any nature. I lost the will to please those who do not like me, to love those who do not love me and to smile at those who do not want to smile at me. I no longer spend a single minute on those who lie or want to manipulate. I decided not to coexist anymore with pretense, hypocrisy, dishonesty and cheap praise. I do not tolerate selective erudition nor academic arrogance. I do not adjust either to popular gossiping. I hate conflict and comparisons. I believe in a world of opposites and that’s why I avoid people with rigid and inflexible personalities. In friendship I dislike the lack of loyalty and betrayal. I do not get along with those who do not know how to give a compliment or a word of encouragement. Exaggerations bore me and I have difficulty accepting those who do not like animals. And on top of everything I have no patience for anyone who does not deserve my patience.“

Misattributed to Meryl Streep (and widely disseminated on the Internet as of August/September 2014), this quote is allegedly a translation of a text by the author José Micard Teixeira, the original of which begins (in Portuguese): "Já não tenho paciência para algumas coisas, não porque me tenha tornado arrogante..."Misattributed

„Be afraid of nothing. Hating none, giving love to all, feeling the love of God, seeing His presence in everyone, and having but one desire - for His constant presence in the temple of your consciousness - that is the way to live in this world.“

—  Paramahansa Yogananda Yogi, a guru of Kriya Yoga and founder of Self-Realization Fellowship 1893 - 1952

Source: In the Sanctuary of the Soul: A Guide to Effective Prayer

„I have no advice for anybody; except to, you know, be awake enough to see where you are at any given time, and how that is beautiful, and has poetry inside. Even places you hate.“

„Where there is love, there is often also hate. They can exist side by side.“

„Will looked horrified. "What kind of monster could possibly hate chocolate?“

„I hate the word homophobia. It's not a phobia. Why would I be scared of a faggot?“

@MorgonFreeman on Twitter, a now-defunct account also known as "Tweets from God". This Twitter account was never written or controlled by Freeman, and was a parody of his character in the films Bruce Almighty and Evan Almighty. snopes.com: Morgan Freeman on Homophobia http://www.snopes.com/politics/sexuality/freeman.aspMisattributed

„I do not hate the white man; you see, his position of domination has placed him in a position of moral weakness.“ 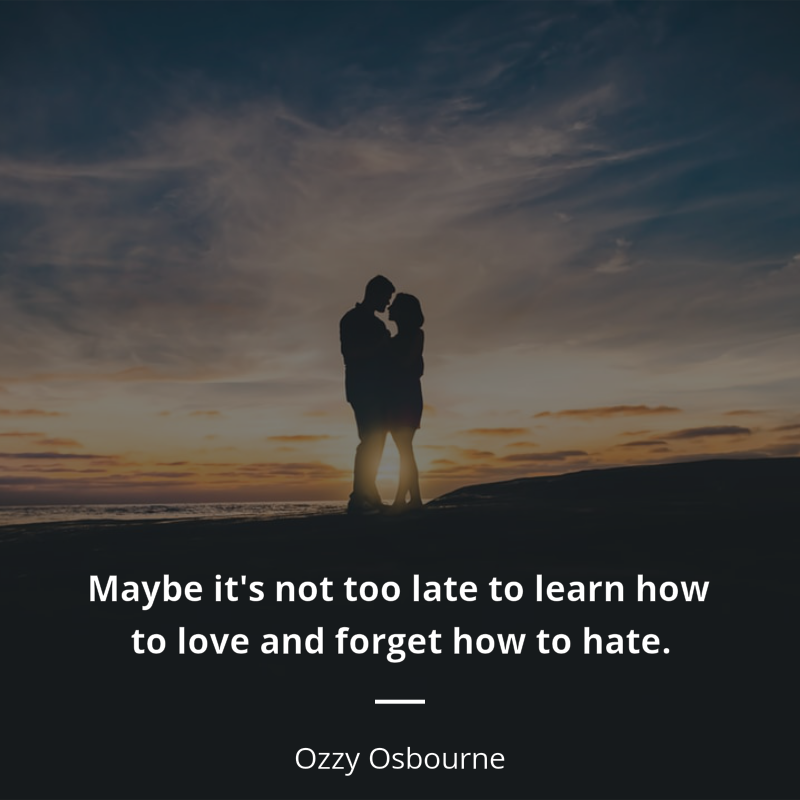 „Maybe it's not too late to learn how to love and forget how to hate.“

„This time we'll hate, alright - but we'll hate the ENEMY - the vicious gang of colored scum attackers and Jewish-Communist traitors - rather than one part of our own people hating another part for the benefit of the Jews and their army of SCUM!“