Mary Louise "Meryl" Streep is an American actress. Cited in the media as the "best actress of her generation", Streep is particularly known for her versatility and accent adaptation. Nominated for a record 21 Academy Awards, she has won three. Streep has also received 31 Golden Globe nominations, winning eight—more nominations and competitive wins than any other performer.

Streep made her stage debut in Trelawny of the Wells in 1975. In 1976, she received a Tony Award nomination for Best Featured Actress in a Play for 27 Wagons Full of Cotton. In 1977, she made her screen debut in the television film The Deadliest Season, and also made her film debut in Julia. In 1978, she won an Emmy Award for her role in the mini-series Holocaust, and received her first Academy Award nomination for The Deer Hunter. Streep went on to win Best Supporting Actress for Kramer vs. Kramer , and Best Actress for Sophie's Choice and The Iron Lady .

Streep's other Oscar-nominated roles were in The French Lieutenant's Woman , Silkwood , Out of Africa , Ironweed , Evil Angels , Postcards from the Edge , The Bridges of Madison County , One True Thing , Music of the Heart , Adaptation , The Devil Wears Prada , Doubt , Julie & Julia , August: Osage County , Into the Woods , Florence Foster Jenkins , and The Post . She returned to the stage for the first time in over 20 years in The Public Theater's 2001 revival of The Seagull, and won a second Emmy Award and a Golden Globe in 2004 for the HBO mini-series Angels in America .

Streep was awarded the AFI Life Achievement Award in 2004, Gala Tribute from the Film Society of Lincoln Center in 2008, and Kennedy Center Honor in 2011 for her contribution to American culture through performing arts. President Barack Obama awarded her the 2010 National Medal of Arts, and in 2014, the Presidential Medal of Freedom. In 2003, the government of France made her a Commander of the Order of Arts and Letters. She was awarded the Golden Globe Cecil B. DeMille Award in 2017. 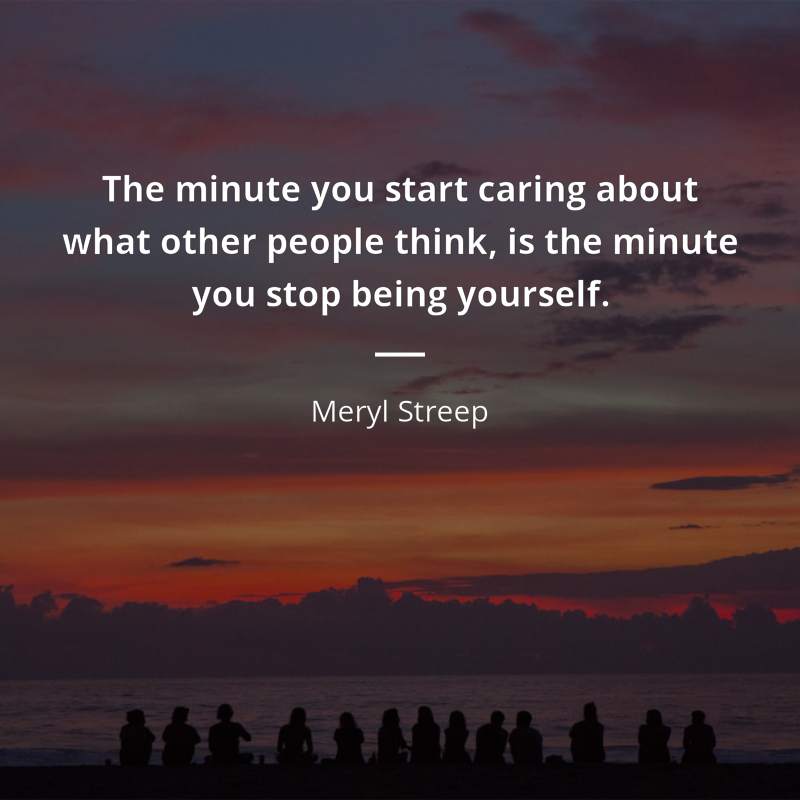 „I no longer have patience for certain things, not because I’ve become arrogant, but simply because I reached a point in my life where I do not want to waste more time with what displeases me or hurts me. I have no patience for cynicism, excessive criticism and demands of any nature. I lost the will to please those who do not like me, to love those who do not love me and to smile at those who do not want to smile at me. I no longer spend a single minute on those who lie or want to manipulate. I decided not to coexist anymore with pretense, hypocrisy, dishonesty and cheap praise. I do not tolerate selective erudition nor academic arrogance. I do not adjust either to popular gossiping. I hate conflict and comparisons. I believe in a world of opposites and that’s why I avoid people with rigid and inflexible personalities. In friendship I dislike the lack of loyalty and betrayal. I do not get along with those who do not know how to give a compliment or a word of encouragement. Exaggerations bore me and I have difficulty accepting those who do not like animals. And on top of everything I have no patience for anyone who does not deserve my patience.“

Misattributed to Meryl Streep (and widely disseminated on the Internet as of August/September 2014), this quote is allegedly a translation of a text by the author José Micard Teixeira, the original of which begins (in Portuguese): "Já não tenho paciência para algumas coisas, não porque me tenha tornado arrogante..."Misattributed

„I don't really. In our business, you're not kicked out necessarily …“

When asked about her retirement.

„I am nothing but these people, and as an actor I’m always trying to call up lives and the reason I know these things as an actor is because I have the DNA of all these crazy people.“

„I’m so sorry to hear this, but this is what it is. It makes it feels like it’s sort of my fault on some level, but it also connect be to those events, those first encounters between the two cultures must have been raw, terrifying, brutal and final. conflicts in early American history, known as King Philip’s War, or Metacom’s War, Lawrence Wilkinson defended his town in the face of fierce violence from the Native Americans.“

„Hollywood to me is what it is to you. It's something other than what I am. I sit outside it.“

„Half of me is Streep and the other half is Wilkinson from Lincolnshire so I come by it honestly, this part.“

„No! But they were here [in Los Angeles]. Here they were surprised, because it was difficult to finance, the film. A lot of the executives would say, 'I just don't get it.“

Her indignant comments on the runaway success of her musical Mamma Mia!, which grossed a $575m across the globe.

„I don’t know what my image is. I went to France to publicize Marvin’s Room, and one really smart young woman journalist said to me “You know, what I told people I was going to interview Meryl Streep, they were so excited…all ze woman in my office, they love you so much. But ze men - they are afraid of you.“

„I am so daunted by [reputation] that I never think about it. It is a thing bigger than I am capable of perceiving. Other people are more aware and concerned with it than I could ever allow myself to be.“