Brian Hugh Warner , known professionally as Marilyn Manson, is an American singer, songwriter, musician, composer, actor, painter, author and former music journalist. He is known for his controversial stage personality and image as the lead singer of the band Marilyn Manson, which he co-founded with guitarist Daisy Berkowitz and of which he remains the only constant member. His stage name was formed by combining and juxtaposing the names of two American pop cultural icons: actress Marilyn Monroe and cult leader Charles Manson.

Manson is best known for his band's records released in the 1990s, most notably Antichrist Superstar and Mechanical Animals, which, along with his public image, earned him a reputation in the mainstream media as a controversial figure and a negative influence on young people. In the U.S. alone, three of the band's albums have been awarded platinum status and three more went gold, and the band has had eight releases debut in the top ten, including two number-one albums. Manson has been ranked number 44 in the Top 100 Heavy Metal Vocalists by Hit Parader, and has been nominated for four Grammy Awards.

Manson made his film debut in 1997 as an actor in David Lynch's Lost Highway. Since then he has appeared in a variety of minor roles and cameos. He was interviewed in Michael Moore's political documentary Bowling for Columbine, discussing possible motivations for the 1999 Columbine massacre and allegations that his music was a contributory factor. On September 13–14, 2002, his first art show, The Golden Age of Grotesque, was held at the Los Angeles Contemporary Exhibitions center. He revealed a series of 20 paintings in 2010 entitled Genealogies of Pain, an exhibition showcased at Kunsthalle gallery in Vienna, Austria, on which he collaborated with David Lynch.

The Long Hard Road Out of Hell

„Part of me is afraid to get close to people because I'm afraid that they're going to leave.“

„If people really stopped and realized how much art and creative people move the world versus politics and religion, I mean it’s not even up for debate. An artist at least creates things, puts things into the world. Where as these other people are destroying things, taking things out of the world.“

Interview on The Henry Rollins Show

„People tend to associate anyone who looks and behaves differently with illegal or immoral activity.“

„I remember growing up, saying you’re an artist it sounds pretentious but now it’s one of the only dignified things that you can call yourself.“

„You get depressed because you know that you're not what you should be.“

„I think art is the only thing that's spiritual in the world. And I refuse to forced to believe in other people's interpretations of God. I don't think anybody should be. No one person can own the copyright to what God means.“

Variant: I think art is the only thing that's spirtual in the world. And I refuse to be forced to believe in other people's interpretations of God. I don't think anybody should be. No one person can own the copyright to what God means.

„We don't like to kill our unborn, we need them to grow up and fight our wars.“

" We're From America http://www.azlyrics.com/lyrics/marilynmanson/werefromamerica.html". 2000s, The High End of Low (2009)

„But what's real? You can't find the truth, you just pick the lie you like the best.“

„I never said to be like me, I say to be like you and make a difference.“

Variant: I never said to be like me, I say be yourself and make a difference.

„If every cigarette you smoke takes seven minutes off of your life, every game of Dungeons & Dragons you play delays the loss of your virginity by seven hours.“

„In a society where you are taught to love everything, what value does that place on love?“

Variant: When you're taught to love everyone, to love your enemies, what value does that put on love?

„Your beautiful don't let anyone tell you different“ 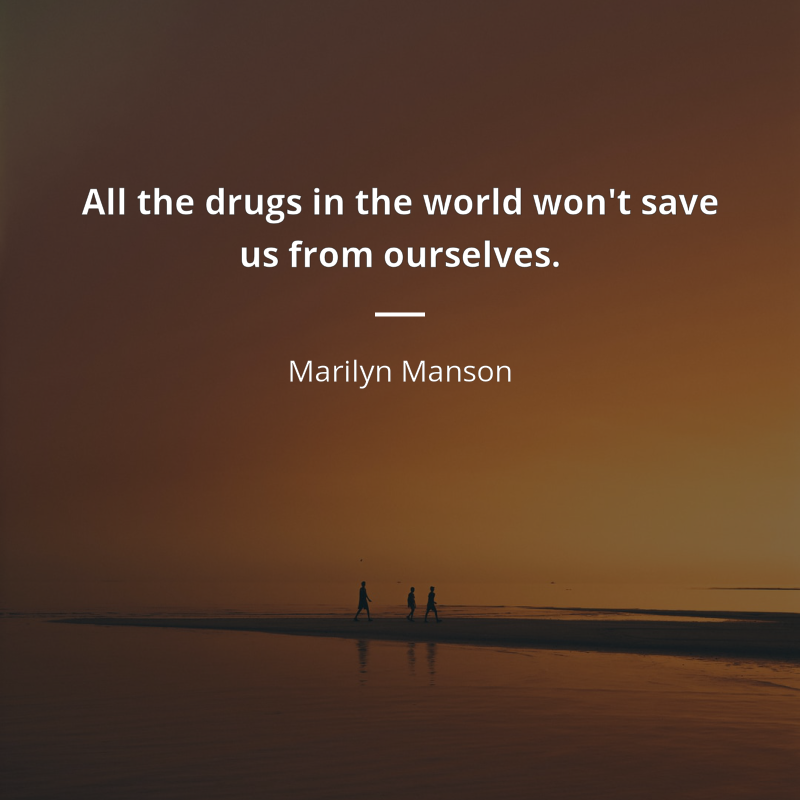 „All the drugs in the world won't save us from ourselves.“

„Hopefully, I’ll be remembered as the person who brought an end to Christianity.“ 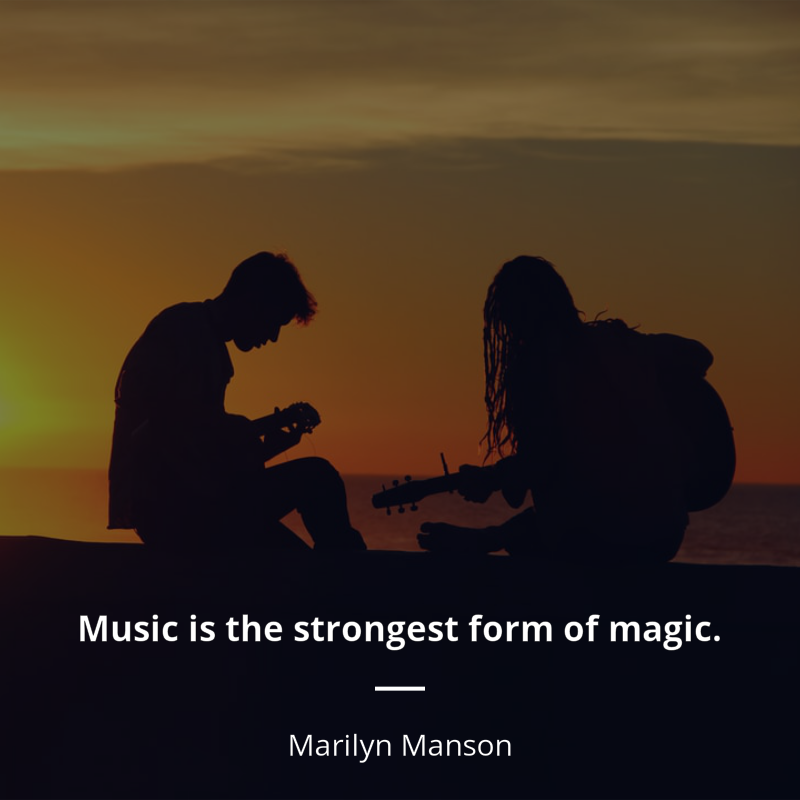 „Music is the strongest form of magic.“