A collection of quotes on the topic of use.

„Maybe there is a beast… maybe it's only us.“

Variant: What I mean is... maybe it's only us...Source: Lord of the Flies

„Indeed, you should not desire to weigh with the intellect the issues of Tawhīd and the Hereafter; the reality of Prophethood; the reality of divine attributes and every other thing beyond the scope of the intellect, for such a desire is futile. An example of this would be a man who has a scale used for weighing gold suddenly desiring to weigh mountains with it! This does not mean that the scale is wrong in its measures; rather, the intellect has a limit it cannot surpass and a boundary it cannot transcend.“

As quoted in Muḥammad Ramaḍān al-Ramaḍānī, ' The Delusion of Portraying the Aḥadīth as Being Contradictory to the Intellect and Sense Perception https://www.academia.edu/41143364/The_Delusion_of_Portraying_the_A%E1%B8%A5ad%C4%ABth_as_Being_Contradictory_to_the_Intellect_and_Sense_Perception_by_Mu%E1%B8%A5ammad_Rama%E1%B8%8D%C4%81n_al-Rama%E1%B8%8D%C4%81n%C4%AB?fbclid=IwAR2ADVWT4gR0yhH0NVxpUj7ME1qU9nQu1QnCcy8zmrfb5rXkJlatb24aCrw'

„I begin to long for some little language such as lovers use, broken words, inarticulate words, like the shuffling of feet on pavement.“

„We're all damaged in our own way. Nobody's perfect. I think we're all somewhat screwy. Every single one of us.“

Quoted in Bernard Weintraub, "Playboy Interview: Johnny Depp," Playboy (May 2004)Context: I do have an affinity for damaged people, in life, in roles. I don't know why. We're all damaged in our own way. Nobody's perfect. I think we are all somewhat screwy, every single one of us.

„They say the world used to be bigger. The world's still the same--there's just less in it.“

„They stick you with those names, those labels -- ‘rebel’ or whatever; whatever they like to use. Because they need a label; they need a name. They need something to put the price tag on the back of.“

—  Kate DiCamillo, book Because of Winn-Dixie

Source: Because of Winn-Dixie

„Whatever opens us is not as important as what it opens.“

„Why do you sow where the field is eager to destroy the fruit? Where there are medicines of sterility? Where there is murder before birth? You do not even let a harlot remain a harlot, but you make her a murderess as well. Do you see that from drunkenness comes fornication, from fornication adultery, from adultery murder? Indeed, it is something worse than murder and I do not know what to call it; for she does not kill what is formed but prevents its formation. What then? Do you contemn the gift of God, and fight with His laws? What is a curse, do you seek as though it were a blessing? Do you make the anteroom of birth the anteroom of slaughter? Do you teach the woman who is given to you for the procreation of offspring to perpetrate killing? That she may always be beautiful and lovable to her lovers, and that she may rake in more money, she does not refuse to do this, heaping fire on your head; and even if the crime is hers, you are the cause. Hence also arise idolatries. To look pretty many of these women use incantations, libations, philtres, potions, and innumerable other things. Yet after such turpitude, after murder, after idolatry, the matter still seems indifferent to many men–even to many men having wives. In this indifference of the married men there is greater evil filth; for then poisons are prepared, not against the womb of a prostitute, but against your injured wife. Against her are these innumerable tricks, invocations of demons, incantations of the dead, daily wars, ceaseless battles, and unremitting contentions.“

St. John Chrysostom, Homily 24 on the Epistle to the Romans [PG 60:626-27] https://www.patheos.com/blogs/davearmstrong/2017/10/contraception-early-church-teaching-william-klimon.html

„in time of daffodils(who know
the goal of living is to grow)
forgetting why, remember how

in time of lilacs who proclaim
the aim of waking is to dream,
remember so(forgetting seem)

in time of roses(who amaze
our now and here with paradise)
forgetting if, remember yes

in time of all sweet things beyond
whatever mind may comprehend,
remember seek(forgetting find)

and in a mystery to be
(when time from time shall set us free)
forgetting me, remember me“

„The rite, therefore, enjoins upon us who are celestial by our nature, but who have been carried down to earth, to reap virtue joined with piety from our conduct upon earth, and to aspire upwards unto the deity, the primal source of being and the fount of life.“

Upon The Mother Of The Gods (c. 362-363)Context: When the Sun touches the equinoctial circle, where that which is most definite is placed (for equality is definite, but inequality indefinite and inexplicable); at that very moment (according to the report), the Sacred Tree is cut down; then come the other rites in their order; whereof some are done in compliance with rules that be holy and not to be divulged; others for reasons allowable to be discussed. The "Cutting of the Tree;" this part refers to the legend about the Gallos, and has nothing to do with the rites which it accompanies; for the gods have thereby, I fancy, taught us symbolically that we ought to pluck what is most beautiful on earth, namely virtue joined with piety, and offer the same unto the goddess, for a token of good government here below. For the Tree springs up out of the earth and aspires upwards into the air; it is likewise beautiful to see and be seen, and to afford us shade in hot weather; and furthermore to produce, and regale us with its fruit; thus a large share of a generous nature resides in it. The rite, therefore, enjoins upon us who are celestial by our nature, but who have been carried down to earth, to reap virtue joined with piety from our conduct upon earth, and to aspire upwards unto the deity, the primal source of being and the fount of life.

„It is society which, fashioning us in its image, fills us with religious, political, and moral beliefs that control our actions.“

„After having met God, my life that was so worthless before has been transformed, and the land of my hometown that used to be so worthless has now been transformed into the priceless Natural Temple, Wolmyeongdong. In the same way, I wish that everyone will transform and succeed!“

„We abuse land because we see it as a commodity belonging to us. When we see land as a community to which we belong, we may begin to use it with love and respect.“

Source: A Sand County Almanac, 1949, Foreword, p. viii.Context: Conservation is getting nowhere because it is incompatible with our Abrahamic concept of land. We abuse land because we regard it as a commodity belonging to us. When we see land as a community to which we belong, we may begin to use it with love and respect. There is no other way for land to survive the impact of mechanized man, nor for us to reap from it the aesthetic harvest it is capable, under science, of contributing to culture. 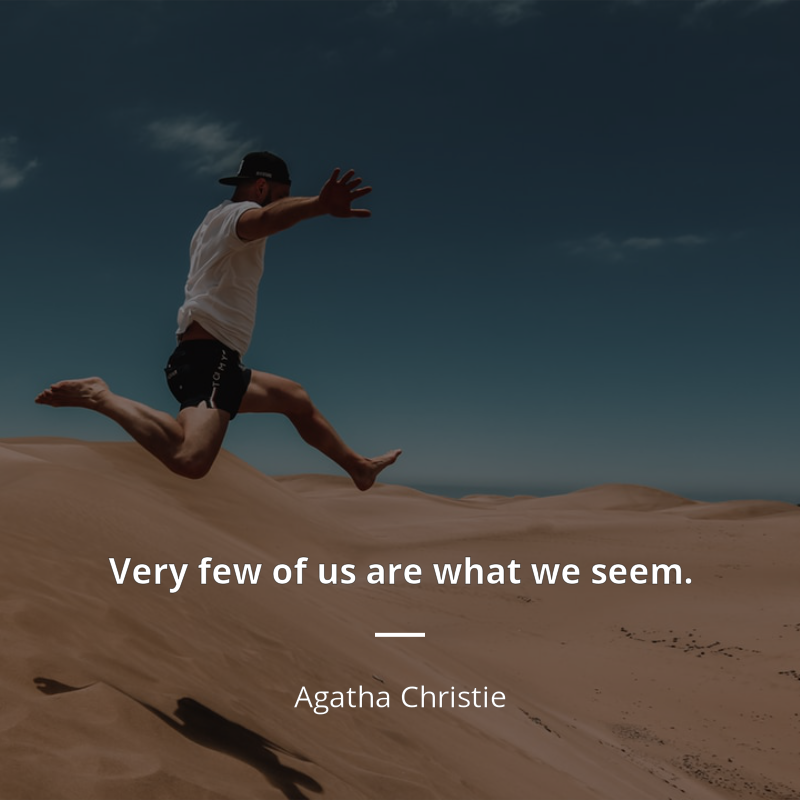 „Very few of us are what we seem.“

Source: The Man in the Mist

„God is a kind Father. He sets us all in the place where He wishes us to be employed; and that employment is truly "our Father's business."“

He chooses work for every creature which will be delightful to them, if they do it simply and humbly. He gives us always strength enough, and sense enough, for what He wants us to do; if we either tire ourselves, or puzzle ourselves, it is our own fault. And we may always be sure, whatever we are doing, that we cannot be pleasing Him, if we are not happy ourselves.

„The past is always with us, for it feeds the present.“

„When I was young, I used to have this thing where I wanted to see everything. I used to think, 'How can I die without seeing every inch of this world?“

„Music is something everyone on Earth can share. Music is meant to heal us, to bring us together, to make us happy.“