John Christopher Depp II is an American actor, producer, and musician. He has won the Golden Globe Award and Screen Actors Guild Award for Best Actor. He rose to prominence on the 1980s television series 21 Jump Street, becoming a teen idol.

Depp has taken on the task of challenging himself to portray "larger-than-life" roles, starting with a supporting role in Oliver Stone's Vietnam War film Platoon in 1986, then playing the title character in the romantic dark fantasy Edward Scissorhands . He later found box office success in the fantasy adventure film Sleepy Hollow , the fantasy swashbuckler film Pirates of the Caribbean: The Curse of the Black Pearl and its sequels, the fantasy film Charlie and the Chocolate Factory , the fantasy film Alice in Wonderland and voicing the title character in the animated action comedy western Rango . He has collaborated on nine films with director, producer and friend Tim Burton.

Depp is regarded as one of the world's biggest film stars. He has gained praise from reviewers for his portrayals including screenwriter-director Ed Wood in Ed Wood, undercover FBI agent Joseph D. Pistone in Donnie Brasco, author J. M. Barrie in Finding Neverland, and the Boston gangster Whitey Bulger in Black Mass. Films featuring Depp have grossed over $3.2 billion at the United States box office and over $8 billion worldwide. His most commercially successful films are the Pirates of the Caribbean films, which have grossed $3 billion, Alice in Wonderland, which grossed $1 billion, Charlie and the Chocolate Factory, which grossed $474 million, and The Tourist, which grossed $278 million.

Depp has been nominated for major acting awards, including three nominations for Academy Award for Best Actor. Depp won the Golden Globe Award for Best Actor – Motion Picture Musical or Comedy for Sweeney Todd: The Demon Barber of Fleet Street and the Screen Actors Guild Award for Outstanding Performance by a Male Actor in a Leading Role for The Curse of the Black Pearl. He has been listed in the 2012 Guinness World Records as the highest paid actor, with earnings of $75 million. Depp was inducted as a Disney Legend in 2015.

„Just keep moving forward and don't give a sh** about what anybody thinks. Do what you have to do, for you.“

Variant: Just keep moving forward and don't give a shit about what anybody thinks. Do what you have to do, for you.

„The problem is that everybody treats teenagers like they're stupid.“

„I don't think anybody's necessarily ready for death. You can only hope that when it approaches, you feel like you've said what you wanted to say. Nobody wants to go out in mid-sentence.“ 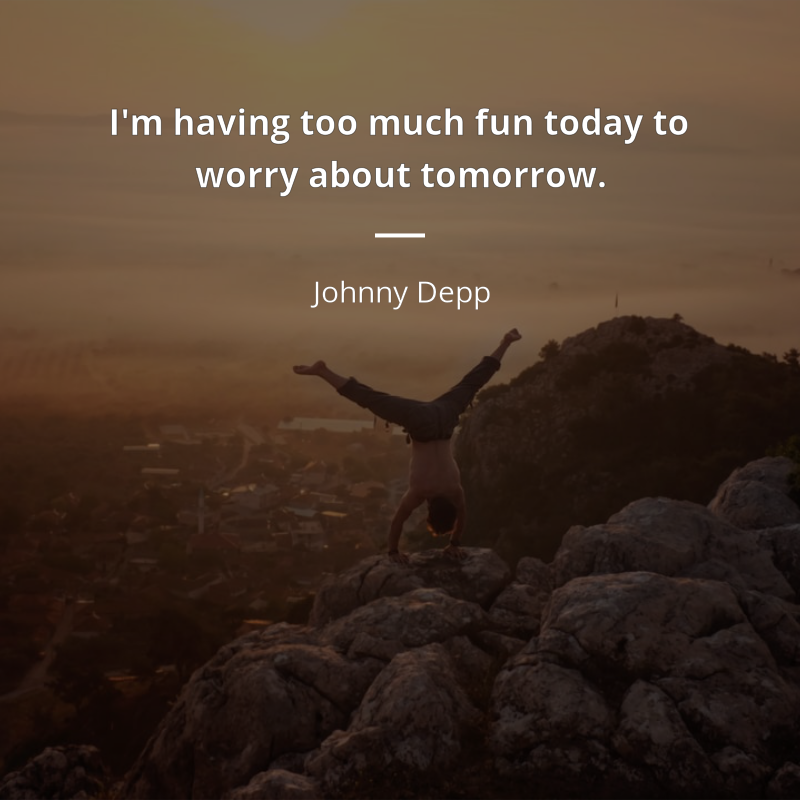 „I'm having too much fun today to worry about tomorrow.“

„Laugh as much as you breathe and love as long as you live.“

„Me, I’m dishonest, and you can always trust a dishonest man to be dishonest. Honestly, it’s the honest ones you have to watch out for.“

„Everything here is edible; even I'm edible. But that, dear children, is cannibalism, and is in fact frowned upon in most societies.“

Children
We consider the quote as suspicious, we have no evidence supporting authorship 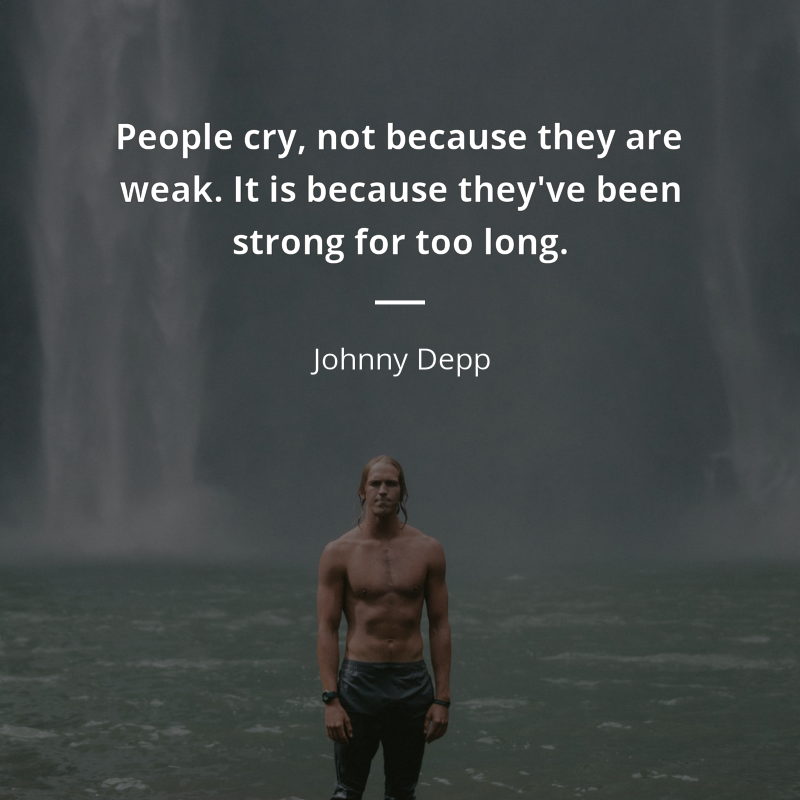 „My daughter was asked by a little old lady in a London hotel restaurant what her daddy did. She answered, “He’s a pirate” - I was very proud of that answer.“

„If you love two people, pick the second, because if you truly loved the first, you wouldn't have fallen for the second.“

Variant: if you love two people at the same time, choose the second. Because if you really loved the first one, you wouldn't have fallen for the second. 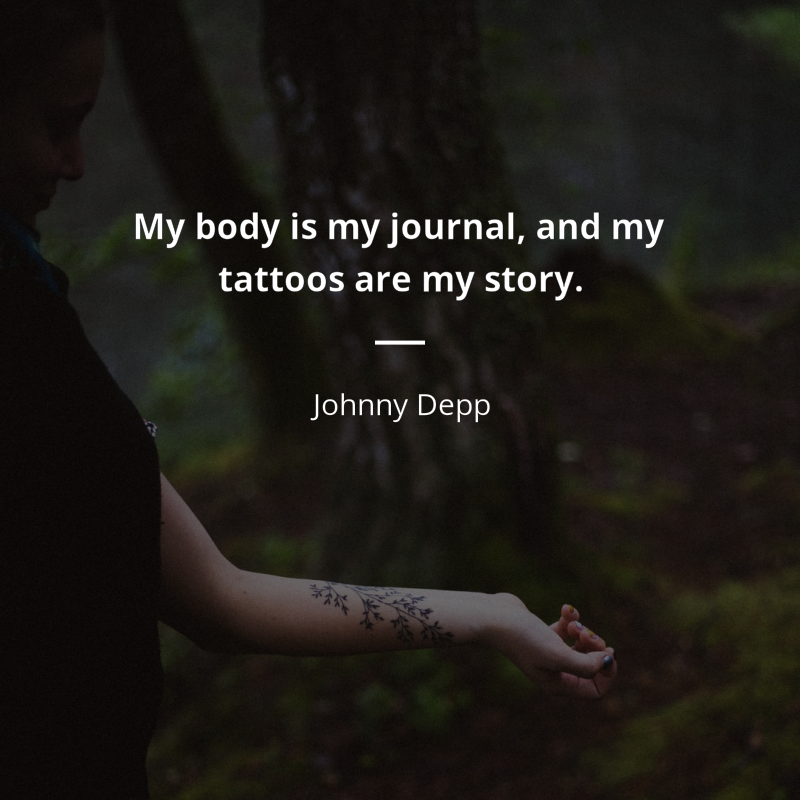 „My body is my journal, and my tattoos are my story.“

„She's kind of a walking poem, she's this perfect beauty… but at the same time very deep, very smart.“

„With any part you play, there is a certain amount of yourself in it. There has to be, otherwise it's just not acting. It's lying.“

Variant: With every part you act, there must be a little of yourself in it. If there isn't, it's not acting. It's lying.

„Life's pretty good, and why wouldn't it be? I'm a pirate, after all“

Variant: Life's pretty good, and why wouldnt it be? I'm a pirate, after all.

„[on buying a private island] Money doesn't buy you happiness, but it buys you a big enough yacht to sail right up to it.“

„I hope someday to make you all a cup of coffee. Alright, peace.“