Oprah Winfrey is an American media proprietor, talk show host, actress, producer, and philanthropist. She is best known for her talk show The Oprah Winfrey Show, which was the highest-rated television program of its kind in history and was nationally syndicated from 1986 to 2011 in Chicago, Illinois. Dubbed the "Queen of All Media", she has been ranked the richest African-American, the greatest black philanthropist in American history, and is North America's first multi-billionaire black person. Several assessments rank her as the most influential woman in the world. In 2013, she was awarded the Presidential Medal of Freedom by President Barack Obama and honorary doctorate degrees from Duke and Harvard.

Winfrey was born into poverty in rural Mississippi to a teenage single mother and later raised in an inner-city Milwaukee neighborhood. She has stated that she was molested during her childhood and early teens and became pregnant at 14; her son died in infancy. Sent to live with the man she calls her father, a barber in Tennessee, Winfrey landed a job in radio while still in high school and began co-anchoring the local evening news at the age of 19. Her emotional ad-lib delivery eventually got her transferred to the daytime talk show arena, and after boosting a third-rated local Chicago talk show to first place, she launched her own production company and became internationally syndicated.

Credited with creating a more intimate confessional form of media communication, she is thought to have popularized and revolutionized the tabloid talk show genre pioneered by Phil Donahue, which a Yale study says broke 20th century taboos and allowed LGBT people to enter the mainstream. By the mid-1990s, she had reinvented her show with a focus on literature, self-improvement, and spirituality. Though criticized for unleashing a confession culture, promoting controversial self-help ideas, and an emotion-centered approach, she is often praised for overcoming adversity to become a benefactor to others. From 2006 to 2008, her endorsement of Obama, by one estimate, delivered over a million votes in the close 2008 Democratic primary race.

„You are where you are in life because of what you believe is possible for yourself.“

„Your true passion should feel like breathing; it’s that natural.“ 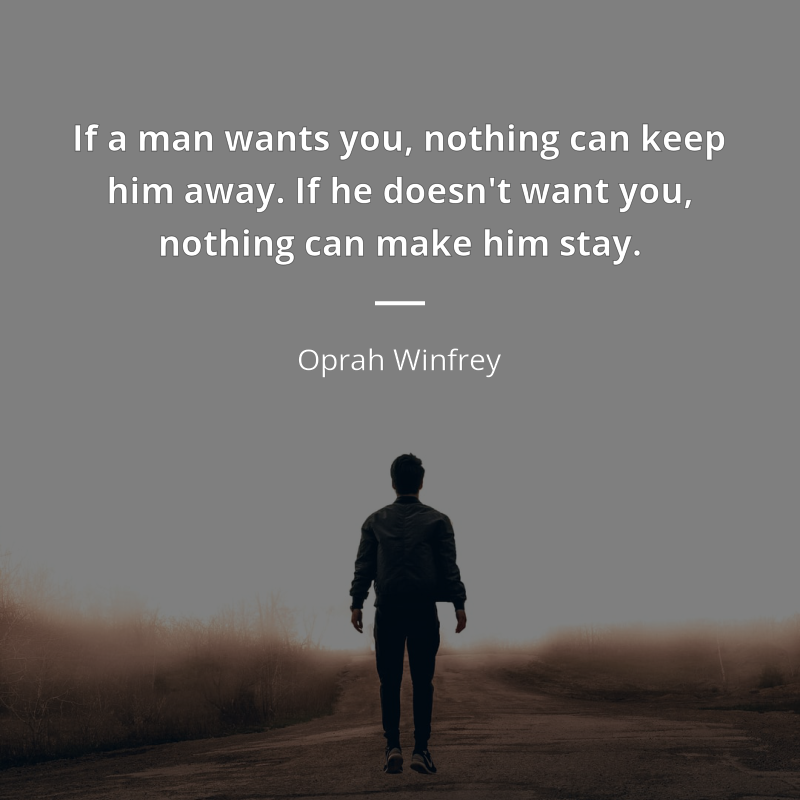 „It makes no difference how many peaks you reach if there was no pleasure in the climb.“

„Turn your wounds into wisdom.“

„You can have it all. Just not all at once.“

„Be thankful for what you have; you'll end up having more. If you concentrate on what you don't have, you will never, ever have enough“

„Lots of people want to ride with you in the limo, but what you want is someone who will take the bus with you when the limo breaks down.“

Variant: Everyone wants to ride with you in the limo, but what you want is someone who will take the bus with you when the limo breaks down.

„I still have my feet on the ground, I just wear better shoes.“

„Surround yourself only with people who are going to take you higher.“

„Dogs are my favorite role models. I want to work like a dog, doing what I was born to do with joy and purpose. I want to play like a dog, with total, jolly abandon. I want to love like a dog, with unabashed devotion and complete lack of concern about what people do for a living, how much money they have, or how much they weigh. The fact that we still live with dogs, even when we don't have to herd or hunt our dinner, gives me hope for humans and canines alike.“

„True forgiveness is when you can say, "Thank you for that experience.“

„The biggest adventure you can ever take is to live the life of your dreams.“

„Real integrity is doing the right thing, knowing that nobody’s going to know whether you did it or not.“

„I trust that everything happens for a reason, even if we are not wise enough to see it.“

„Breathe. Let go. And remind yourself that this very moment is the only one you know you have for sure.“

„The more you praise and celebrate your life, the more there is in life to celebrate.“

„Cheers to a new year and another chance for us to get it right.“