Rowan Sebastian Atkinson, CBE is an English actor, comedian, and screenwriter best known for his work on the sitcoms Blackadder and Mr. Bean. Atkinson first came to prominence in the BBC's sketch comedy show Not the Nine O'Clock News , receiving the 1981 BAFTA for Best Entertainment Performance, and via his participation in The Secret Policeman's Ball from 1979. His other work includes the 1983 James Bond film Never Say Never Again, playing a bumbling vicar in Four Weddings and a Funeral , voicing the red-billed hornbill Zazu in The Lion King , and featuring in the BBC sitcom The Thin Blue Line . His work in theatre includes the 2009 West End revival of the musical Oliver!.

Atkinson was listed in The Observer as one of the 50 funniest actors in British comedy, and among the top 50 comedians ever, in a 2005 poll of fellow comedians. In addition to his 1981 BAFTA, he received an Olivier Award for his 1981 West End theatre performance in Rowan Atkinson in Revue. He has also had cinematic success with his performances in the Mr. Bean movie adaptations Bean and Mr. Bean's Holiday, and also in Johnny English , its sequel Johnny English Reborn and its second upcoming sequel Johnny English 3 . He appears as the titular character in Maigret . 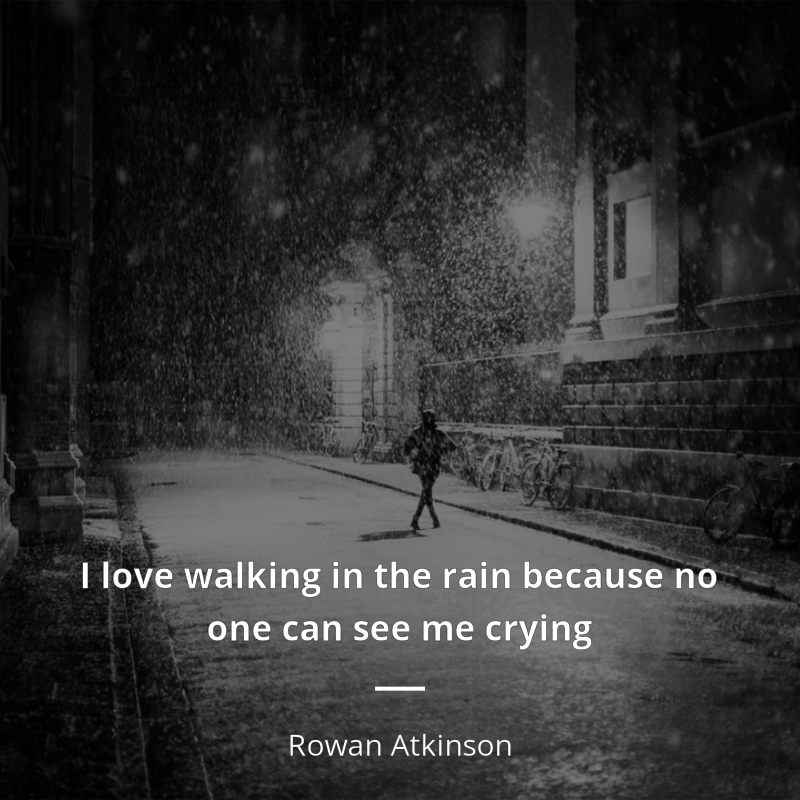 „The path of my life is strewn with cow pats from the devil's own satanic herd!“

„As hatred is defined as intense dislike, what is wrong with inciting intense dislike of a religion, if the activities or teachings of that religion are so outrageous, irrational or abusive of human rights that they deserve to be intensely disliked?“

„All jokes about religion cause offence, so it's pointless apologising for them.“

As quoted in a letter to The Times https://en.wikipedia.org/wiki/The_Times (2018)

„I cry too much and I find it strange. It must be indicative of some issue within me that I’ve yet to identify. Whether it’s crowds or whether it’s people being nice… Hospitals make me cry very, very easily. Merely entering a hospital – just sensing care, you know. People trying to help others, I find, inspires a very emotional response.“

As quoted in an interview with The Times (2011)

„The victimisation of individuals or corporations or groups of people is a very dangerous and difficult development. The fact that careers can be ruined and reputations can be savaged without any particular responsibility on the part of those who are doing it… we live in strange times.“