Diana Vreeland was a noted columnist and editor in the field of fashion. She worked for the fashion magazines Harper's Bazaar and Vogue, being the editor-in-chief of the latter, and as a special consultant at the Costume Institute of the Metropolitan Museum of Art. She was named on the International Best Dressed List Hall of Fame in 1964.

„I loathe narcissism, but I approve of vanity.“

„The only real elegance is in the mind; if you've got that, the rest really comes from it.“ 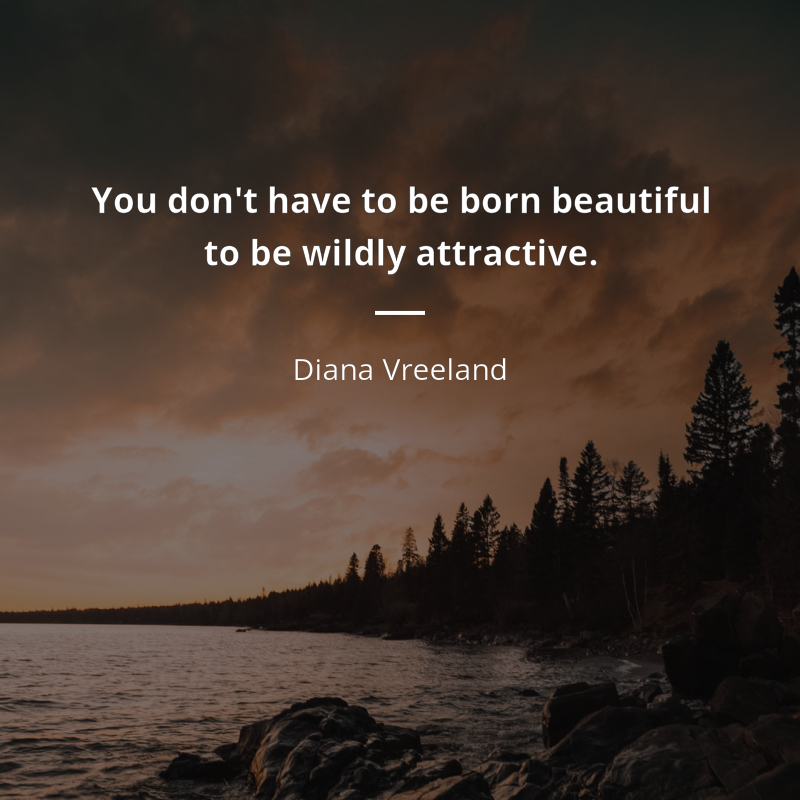 „You don't have to be born beautiful to be wildly attractive.“

„Too much good taste can be boring“

„It’s not about the dress you wear, but it’s about the life you lead in the dress.“

„There's only one very good life and that's the life you know you want and you make it yourself.“

„I think when you’re young you should be a lot with yourself and your sufferings. Then one day you get out where the sun shines and the rain rains and the snow snows and it all comes together.“

„The first rule that a geisha is taught, at the age of nine, is to be charming to other women… Every girl in the world should have geisha training.“