„Where does a thought go when it's forgotten?“

„Conscience is the internal perception of the rejection of a particular wish operating within us.“

Totem and Taboo: Resemblances Between the Mental Lives of Savages and Neurotics (1913)1910s

„Unexpressed emotions will never die. They are buried alive and will come forth later in uglier ways.“

„We are never so defenceless against suffering as when we love.“ 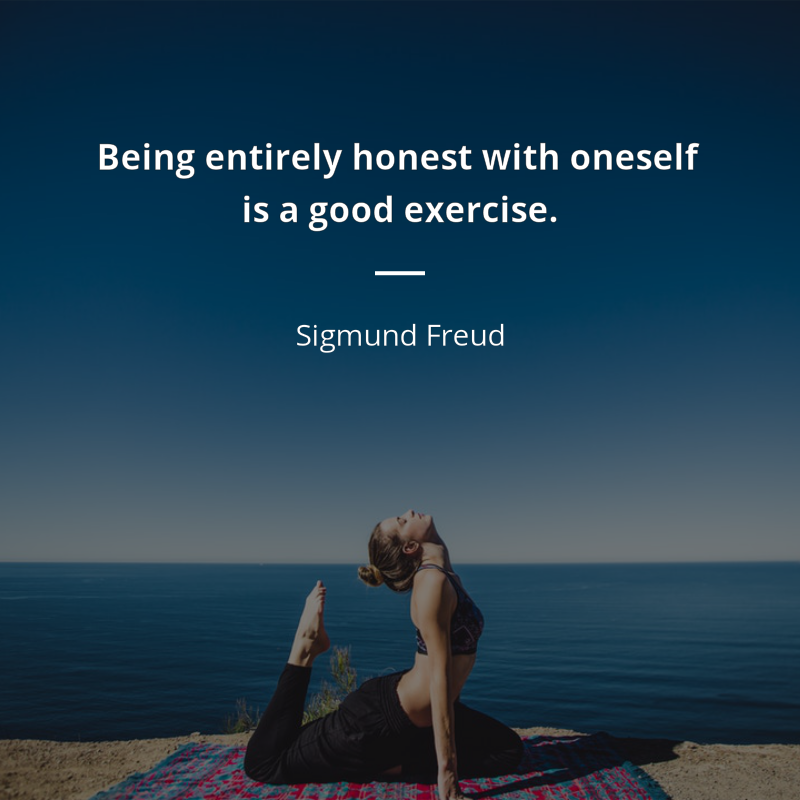 „Being entirely honest with oneself is a good exercise.“

Letter to Wilhelm Fliess (15 October 1897), as quoted in Origins of Psychoanalysis1890s

„Whoever loves become humble. Those who love have, so to speak, pawned a part of their narcissism.“

„One day, in retrospect, the years of struggle will strike you as the most beautiful.“

Forrás: Civilization and Its Discontents

Letter to Martha Bernays, after receiving a travel grant he had been having dreams of receiving (20 June 1885)1880sKontextus: Princess, my little Princess,
Oh, how wonderful it will be! I am coming with money and staying a long time and bringing something beautiful for you and then go on to Paris and become a great scholar and then come back to Vienna with a huge, enormous halo, and then we will soon get married, and I will cure all the incurable nervous cases and through you I shall be healthy and I will go on kissing you till you are strong and gay and happy — and "if they haven't died, they are still alive today."

„A man like me cannot live without a hobby-horse, a consuming passion — in Schiller's words a tyrant.“

Ein Mensch wie ich kann ohne Steckenpferd, ohne herrschende Leidenschaften, ohne einen Tyrannen in Schillers Worten, nicht leben. Ich habe meinen Tyrannen gefunden und in seinem Dienst kenne ich kein Maß.
Letter to Wilhelm Fliess (1895), as quoted in Journal of the History of the Behavioral Sciences Vol 3-4 (1967) p. 1591890sKontextus: A man like me cannot live without a hobby-horse, a consuming passion — in Schiller's words a tyrant. I have found my tyrant, and in his service I know no limits. My tyrant is psychology. it has always been my distant, beckoning goal and now since I have hit upon the neuroses, it has come so much the nearer.

„Our knowledge of the historical worth of certain religious doctrines increases our respect for them, but does not invalidate our proposal that they should cease to be put forward as the reasons for the precepts of civilization.“

Forrás: 1920s, The Future of an Illusion (1927), Ch. 8Kontextus: Our knowledge of the historical worth of certain religious doctrines increases our respect for them, but does not invalidate our proposal that they should cease to be put forward as the reasons for the precepts of civilization. On the contrary! Those historical residues have helped us to view religious teachings, as it were, as neurotic relics, and we may now argue that the time has probably come, as it does in an analytic treatment, for replacing the effects of repression by the results of the rational operation of the intellect.

„Aggressiveness was not created by property.“

Forrás: 1920s, Civilization and Its Discontents (1929), Ch. 5, as translated by James Strachey and Anna Freud (1961)Kontextus: I cannot inquire into whether the abolition of private property is expedient or advantageous. But I am able to recognize that the psychological premisses on which the [system]] is based are an untenable illusion. In abolishing private property we deprive the human love of aggression of one of its instruments, certainly a strong one, though certainly not the strongest, but we have not altered the differences in power and influence which are misused by aggressiveness, nor have we altered anything in its nature. Aggressiveness was not created by property. It reigned almost without limit in primitive times, when property was still very scanty, and it already shows itself in the nursery almost before property has given up its primal, anal form; it forms the basis of every relation of affection and love among people (with the single exception, perhaps, of the mother's relations to her male child).