Robert Dylan is an American singer, songwriter, musician, painter, and writer. He has been influential in popular music and culture for more than five decades. Much of his most celebrated work dates from the 1960s, when he became a reluctant "voice of a generation" with songs such as "Blowin' in the Wind" and "The Times They Are a-Changin'", which became anthems for the Civil Rights Movement and anti-war movement. Leaving behind his initial base in the American folk music revival, his six-minute single "Like a Rolling Stone", recorded in 1965, enlarged the range of popular music.

Dylan's lyrics incorporate a wide range of political, social, philosophical, and literary influences. They defied existing pop music conventions and appealed to the burgeoning counterculture. Initially inspired by the performances of Little Richard and the songwriting of Woody Guthrie, Robert Johnson, and Hank Williams, Dylan has amplified and personalized musical genres. His recording career, spanning more than 50 years, has explored the traditions in American song—from folk, blues, and country to gospel, rock and roll, and rockabilly to English, Scottish, and Irish folk music, embracing even jazz and the Great American Songbook. Dylan performs with guitar, keyboards, and harmonica. Backed by a changing lineup of musicians, he has toured steadily since the late 1980s on what has been dubbed the Never Ending Tour. His accomplishments as a recording artist and performer have been central to his career, but his songwriting is considered his greatest contribution. Since 1994, Dylan has also published seven books of drawings and paintings, and his work has been exhibited in major art galleries.

As a musician, Dylan has sold more than 100 million records, making him one of the best-selling artists of all time. He has also received numerous awards including eleven Grammy Awards, a Golden Globe Award, and an Academy Award. Dylan has been inducted into the Rock and Roll Hall of Fame, Minnesota Music Hall of Fame, Nashville Songwriters Hall of Fame, and Songwriters Hall of Fame. The Pulitzer Prize jury in 2008 awarded him a special citation for "his profound impact on popular music and American culture, marked by lyrical compositions of extraordinary poetic power." In May 2012, Dylan received the Presidential Medal of Freedom from President Barack Obama. In 2016, he was awarded the Nobel Prize in Literature "for having created new poetic expressions within the great American song tradition".

„Counterfeit philosophies have polluted all of your thoughts; Karl Marx has got you by the throat, and Henry Kissinger's got you tied up into knots.“

Song lyrics, Slow Train Coming (1979), When You Gonna Wake Up

„They’ll stone ya and then they’ll say, “good luck”“

„Behind every beautiful thing there's been some kind of pain“ 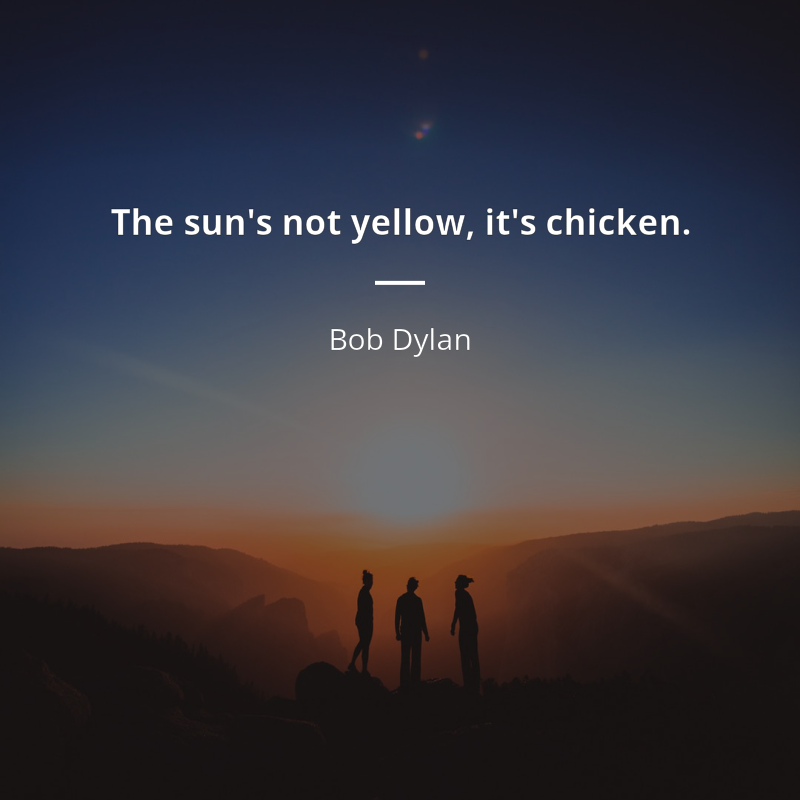 „The sun's not yellow, it's chicken.“

„When you ain't got nothing, you got nothing to lose.
You're invisible now. You've got no secrets to conceal.“

„You can't be wise and in love at the same time.“

„But to live outside the law, you must be honest.“ 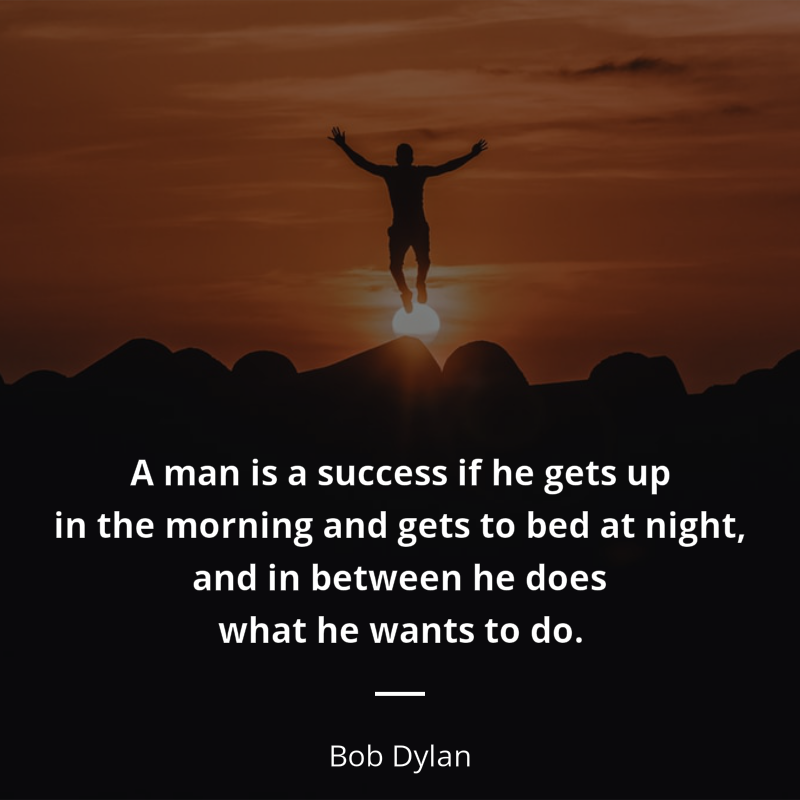 „A man is a success if he gets up in the morning and gets to bed at night, and in between he does what he wants to do.“

Variant: A man is a success if he gets up in the morning and gets to bed at night, and in between he does what he wants to do.

„I accept chaos, I'm not sure whether it accepts me.“

„Don't criticize what you can't understand.“

„The future for me is already a thing of the past.“

„And I'll stand on the ocean until I start sinking.“

„Who among them can think he could outguess you?“

Song lyrics, Blonde on Blonde (1966), Sad-Eyed Lady of the LowlandsContext: With your sheets like metal and your belt like lace,
And your deck of cards missing the jack and the ace,
And your basement clothes and your hollow face,
Who among them can think he could outguess you?