Quotes about motivation and change

„Now, as there is an infinity of possible universes in the Ideas of God, and as only one of them can exist, there must be a sufficient reason for God's choice, which determines him toward one rather than another. And this reason can be found only in the fitness, or the degrees of perfection, that these worlds contain, since each possible thing has the right to claim existence in proportion to the perfection it involves.“

„If the citizens are wealthy, the country is strong. The King's storehouse is his people.“

„If you want to change the world, start off by making your bed“

—  William H. McRaven United States admiral 1955
Context: If you want to change the world, start off by making your bed... If you make your bed every morning, you will have accomplished the first task of the day. It will give you a small sense of pride, and it will encourage you to do another task and another and another. And by the end of the day, that one task completed, will have turned into many tasks completed. Making your bed will also reinforce the fact that the little things in life matter. If you can't do the little things right, you'll never be able to do the big things right. And if by chance you have a miserable day, you will come home to a bed that is made, that you made. And a made bed gives you encouragement that tomorrow will be better. University of Texas at Austin 2014 Commencement Address https://www.youtube.com/watch?v=pxBQLFLei70 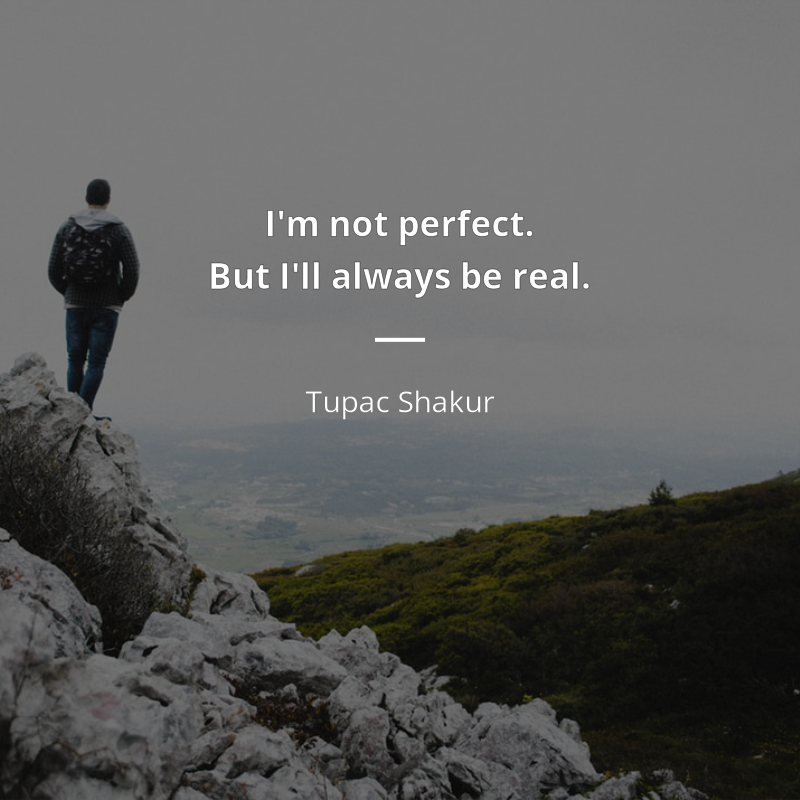 „We cannot solve a crisis without treating it as a crisis. […] And if solutions within the system are so impossible to find, then maybe we should change the system itself?“

„You only talk about moving forward with the same bad ideas that got us into this mess. Even when the only sensible thing to do is pull the emergency brake. You are not mature enough to tell it like it is. Even that burden you leave to your children.“

„That happens all the time. That’s basically all I hear. The most common criticism I get is that I’m being manipulated and you shouldn’t use children in political ways, because that is abuse, and I can’t think for myself and so on. And I think that is so annoying! I’m also allowed to have a say – why shouldn’t I be able to form my own opinion and try to change people’s minds?But I’m sure you hear that a lot, too; that you’re too young and too inexperienced. When I see all the hate you receive for that, I honestly can’t believe how you manage to stay so strong.“

„Many people, especially in the US, see countries like Sweden or Norway or Finland as role models – we have such a clean energy sector, and so on. That may be true, but we are not role models. Sweden is one of the top 10 countries in the world when it comes to the highest ecological footprints, according to the WWF – if you count the consumer index, then we are among the worst per capita.In Sweden, the most common argument that we shouldn’t act is that we are such a small country with only 10 million inhabitants – we should focus more on helping other countries. That is so incredibly frustrating, because why should we argue about who or what needs to change first? Why not take the leading role?“

„We need to focus every inch of our being on climate change, because if we fail to do so than all our achievements and progress have been for nothing and all that will remain of our political leaders’ legacy will be the greatest failure of human history. And they will be remembered as the greatest villains of all time, because they have chosen not to listen and not to act.“

„Some people say that the climate crisis is something that we all have created. But that is just another convenient lie. Because if everyone is guilty then no one is to blame. And someone is to blame. Some people – some companies and some decision-makers in particular – have known exactly what priceless values they are sacrificing to continue making unimaginable amounts of money.“

„I put a lot of mannequins in my room in the past, and I still have mannequins in my room, because I used to be very lonely, painfully lonely. You have no idea. I used to walk the streets looking for people to talk to. I'm talking about the height of one's career…. I would walk up to them, strangers, and say, "will you be my friend?" They'd go, "my god, Michael Jackson!"“

—  Michael Jackson American singer, songwriter and dancer 1958 - 2009
and that's not what I wanted. The Michael Jackson Interview: The Footage You Were Never Meant to See (2002)

„Our freedom to doubt was born out of a struggle against authority in the early days of science. It was a very deep and strong struggle: permit us to question — to doubt — to not be sure. I think that it is important that we do not forget this struggle and thus perhaps lose what we have gained.“

—  Richard Feynman American theoretical physicist 1918 - 1988
The Value of Science (1955), Context: The scientist has a lot of experience with ignorance and doubt and uncertainty, and this experience is of very great importance, I think. When a scientist doesn’t know the answer to a problem, he is ignorant. When he has a hunch as to what the result is, he is uncertain. And when he is pretty darn sure of what the result is going to be, he is still in some doubt. We have found it of paramount importance that in order to progress we must recognize our ignorance and leave room for doubt. Scientific knowledge is a body of statements of varying degrees of certainty — some most unsure, some nearly sure, but none absolutely certain. Now, we scientists are used to this, and we take it for granted that it is perfectly consistent to be unsure, that it is possible to live and not know. But I don’t know whether everyone realizes this is true. Our freedom to doubt was born out of a struggle against authority in the early days of science. It was a very deep and strong struggle: permit us to question — to doubt — to not be sure. I think that it is important that we do not forget this struggle and thus perhaps lose what we have gained.

„The past is behind you and there is nothing you can do to change it. However, you are in total control of your future.

„God, the supreme being, is neither circumscribed by space, nor touched by time; he cannot be found in a particular direction, and his essence cannot change.“

—  Avicenna medieval Persian polymath, physician, and philosopher 980 - 1037
Context: God, the supreme being, is neither circumscribed by space, nor touched by time; he cannot be found in a particular direction, and his essence cannot change. The secret conversation is thus entirely spiritual; it is a direct encounter between God and the soul, abstracted from all material constraints. As quoted in 366 Readings From Islam (2000), edited by Robert Van der Weyer

„And in the end, it’s not the years in your life that count. It’s the life in your years.“