Irwin Allen Ginsberg was an American poet. He is considered to be one of the leading figures of both the Beat Generation during the 1950s and the counterculture that soon followed. He vigorously opposed militarism, economic materialism and sexual repression and was known as embodying various aspects of this counterculture, such as his views on drugs, hostility to bureaucracy and openness to Eastern religions. He was one of many influential American writers of his time known as the Beat Generation, which included famous writers such as Jack Kerouac and William S. Burroughs.

Ginsberg is best known for his poem "Howl", in which he denounced what he saw as the destructive forces of capitalism and conformity in the United States. In 1956, "Howl" was seized by San Francisco police and US Customs. In 1957, it attracted widespread publicity when it became the subject of an obscenity trial, as it described heterosexual and homosexual sex at a time when sodomy laws made homosexual acts a crime in every U.S. state. "Howl" reflected Ginsberg's own homosexuality and his relationships with a number of men, including Peter Orlovsky, his lifelong partner. Judge Clayton W. Horn ruled that "Howl" was not obscene, adding, "Would there be any freedom of press or speech if one must reduce his vocabulary to vapid innocuous euphemisms?"

Ginsberg was a practicing Buddhist who studied Eastern religious disciplines extensively. He lived modestly, buying his clothing in second-hand stores and residing in downscale apartments in New York’s East Village. One of his most influential teachers was the Tibetan Buddhist the Venerable Chögyam Trungpa, the founder of the Naropa Institute in Boulder, Colorado. At Trungpa's urging, Ginsberg and poet Anne Waldman started The Jack Kerouac School of Disembodied Poetics there in 1974.

Ginsberg took part in decades of non-violent political protest against everything from the Vietnam War to the War on Drugs. His poem "September on Jessore Road," calling attention to the plight of Bangladeshi refugees, exemplifies what the literary critic Helen Vendler described as Ginsberg's tireless persistence in protesting against "imperial politics, and persecution of the powerless."

His collection The Fall of America shared the annual U.S. National Book Award for Poetry in 1974. In 1979 he received the National Arts Club gold medal and was inducted into the American Academy and Institute of Arts and Letters. Ginsberg was a Pulitzer Prize finalist in 1995 for his book Cosmopolitan Greetings: Poems 1986–1992.

Howl and Other Poems 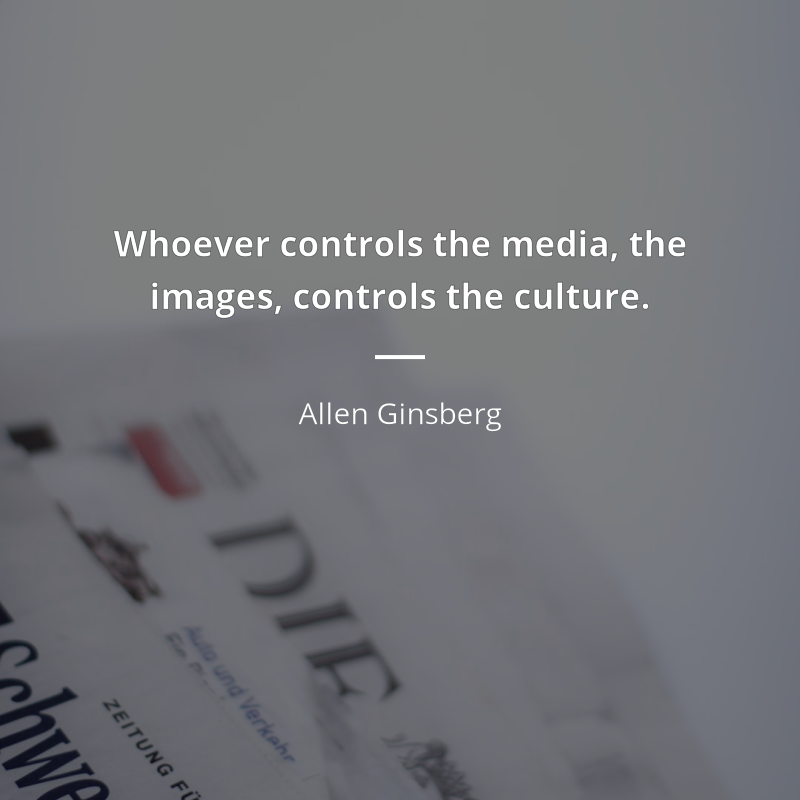 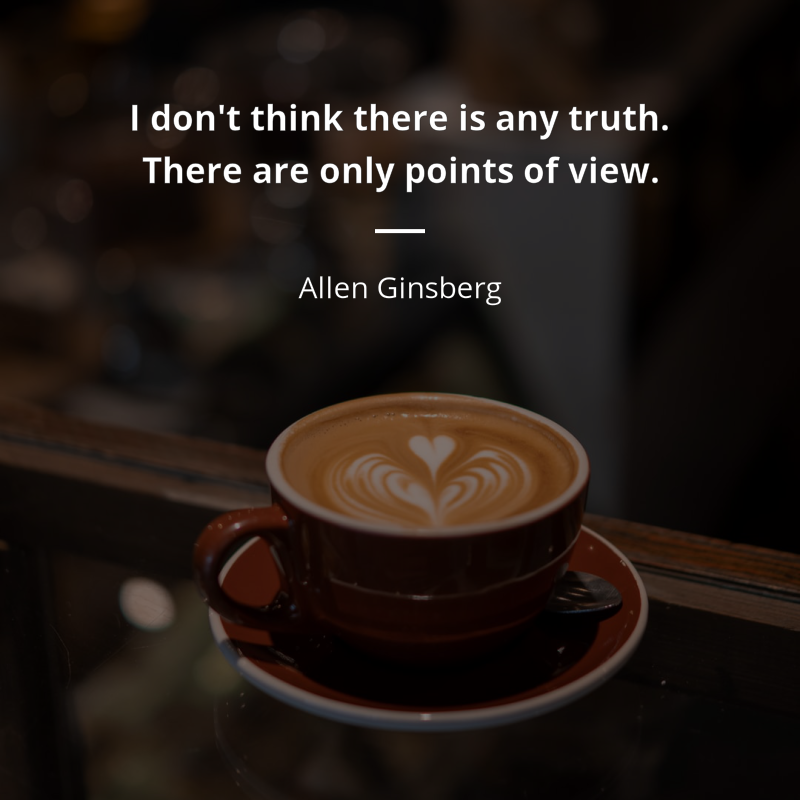 „I don't think there is any truth. There are only points of view.“

„Poetry is the one place where people can speak their original human mind. It is the outlet for people to say in public what is known in private.“

„We are great writers on the same dreadful typewriter“

Source: Howl and Other Poems

Source: Howl and Other Poems

„I know too much and not enough“

„Democracy! Bah! When I hear that I reach for my feather boa!“

Variant: Follow your inner moonlight; don't hide the madness.Source: Howl and Other Poems

„Not even the human
imagination satisfies
the endless emptiness of the soul.“

„I really believe, or want to believe, really I am nuts, otherwise I'll never be sane.“

„Poetry is not an expression of the party line. It's that time of night, lying in bed, thinking what you really think, making the private world public, that's what the poet does.“ 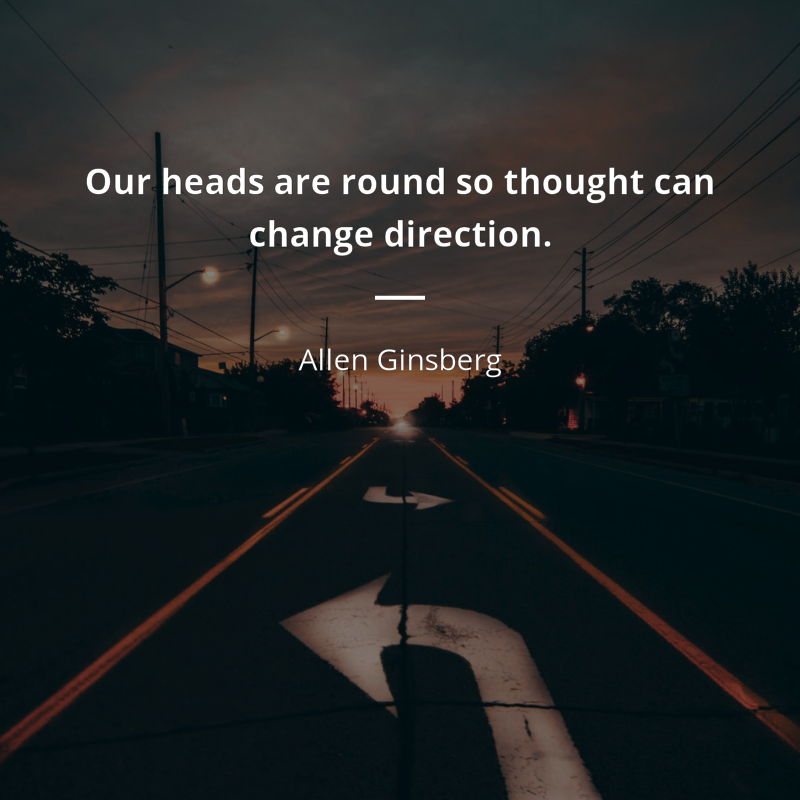 „Our heads are round so thought can change direction“

„We're all golden sunflowers inside.“

Allen Ginsberg warns you
dont follow my path
to extinction“

„It isn't enough for your heart to break because everybody's heart is broken now.“

„Poets are damned… but see with the eyes of angels.“

„I don't do anything with my life except romanticize and decay with indecision.“

Source: The Book of Martyrdom and Artifice: First Journals and Poems 1937-1952

„America I've given you all and now I'm nothing.“