„The moment we believe we've understood everything grants us the look of a murderer.“ 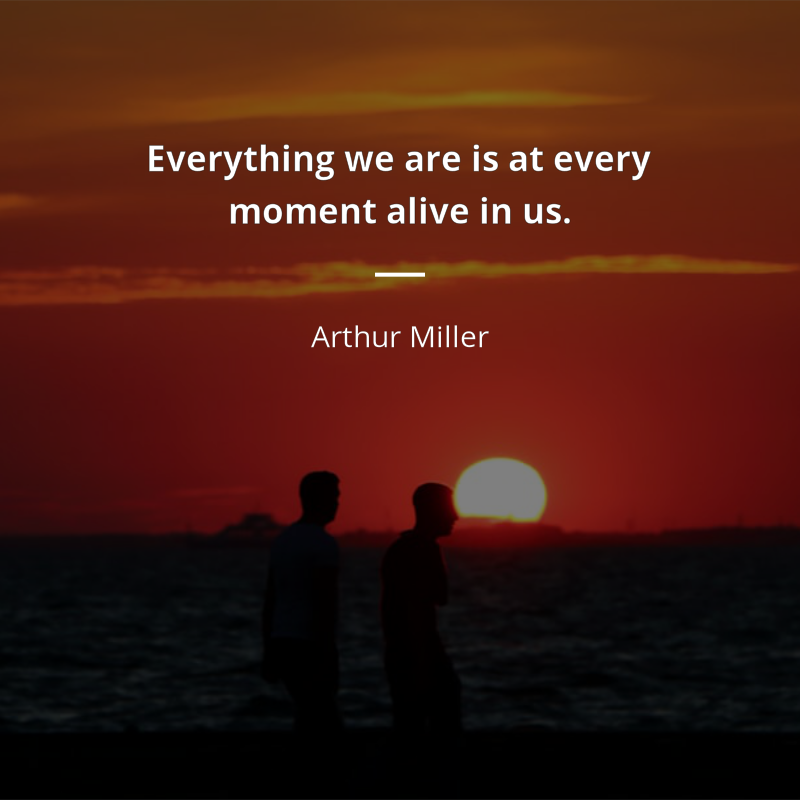 „Everything we are is at every moment alive in us.“

„In the history of physics, every time we've looked beyond the scales and energies we were familiar with, we've found things that we wouldn't have thought were there. You look inside the atom and eventually you discover quarks. Who would have thought that? It's hubris to think that the way we see things is everything there is.“

„Some writers, notably Anton Chekov, argue that all characters must be admirable, because once we've looked at anyone deeply enough and understood their motivation we must identify with them rather than judge them.“

Source: Monkeys with Typewriters: How to Write Fiction and Unlock the Secret Power of Stories

„We've got to defeat ISIS, and we've got to do everything we can to disrupt their propaganda efforts online.“

„I don't care how much evidence the state presented. I've never for one moment believed he murdered that waitress.“

„Look closely and you will find that people are happy because they are grateful. The opposite of gratefulness is just taking everything for granted.“

Source: Music of Silence: A Sacred Journey Through the Hours of the Day

„This is the charged, the dangerous moment, when everything must be re-examined, must be made new, when nothing at all can be taken for granted.“

„Behold the hippopotamus!
We laugh at how he looks to us,
And yet in moments dank and grim,
I wonder how we look to him.“

Source: Violence and the Labor Movement (1914), p. 95-96Context: We seek to terrorize them, as they seek to terrorize us. As the anarchist believes that oppression may be ended by the murder of the oppressor, so society cherishes the thought that anarchism may be ended by the murder of the anarchist. Are not our methods in truth the same, and can any man doubt that both are equally futile and senseless? Both the anarchy of the powerful and the anarchy of the weak are stupid and abortive, in that they lead to results diametrically opposed to the ends sought.

„Maybe, there's a moment growing up when something peels back… Maybe, maybe, we look for secrets because we can't believe our mind.“

„I am determined, as is the Government, to do everything to preserve everything that we have worked for and that we believe in … by using all necessary means to fend off the hostile“

bidOn the bids on Arcelor by Mittal, 5 February 5, 2006 What they said about the Arcelor bid"; Business Times, Malaysia2006

„Wherever we are, God's in that moment, God's speaking to us, and if we've just got our ears open and our antennas up, there's no lack of inspiration. He's not silent. We just have to be listening.“

„It seems hard to sneak a look at God's cards. But that He plays dice and uses "telepathic" methods… is something that I cannot believe for a single moment.“

„Pity can purge us of hostility and arouse feelings of identification with the characters, but it can also be a consoling reassurance which leads us to believe that we have understood, and that, in pitying, we have even done something to right a wrong.“

„Every day, God gives us the sun — and also one moment in which we have the ability to change everything that makes us unhappy.“

—  Paulo Coelho, book By the River Piedra I Sat Down and Wept

Variant: Everyday God gives us a moment in which it is possible to change everything that makes us unhappy.Source: By the River Piedra I Sat Down and Wept

„We know how to handle these murderers, these rapists, these criminals. We've done this before … in Drenica in 1946. We killed them. We killed them all. Of course we did not do it all at once. It took some time.“

Testimony of Gen. Wesley Clark at the Former Yugoslavia TribunalDisputed

Quoted allegedly "From da Vinci`s Notes" in Jon Wynne-Tyson: The Extended Circle. A Dictionary of Humane Thought. Centaur Press 1985, p. 65 books.google http://books.google.de/books?id=1mMbAQAAIAAJ&q=murder.Actually the quote is not authentic but made up from a novel by Dmitri Merejkowski (w:Dmitry Merezhkovsky) entitled "The Romance of Leonardo da Vinci" (La Résurrecton de Dieux 1901), translated from Russian into English by Herbert Trench. G.P. Putnam's Sons New York and London, The Knickerbocker Press. There, in Book (i.e. chapter) VI, entitled The Diary of Giovanni Boltraffio, one finds the following:The master [Leonardo da Vinci] permits harm to no living creatures, not even to plants. Zoroastro http://it.wikipedia.org/wiki/Tommaso_Masini tells me that from an early age he has abjured meat, and says that the time shall come when all men such as he will be content with a vegetable diet, and will think on the murder of animals as now they think on the murder of men ( p. 226 books.google http://books.google.de/books?id=g_pa0OaYX64C&pg=PA226).However, despite the quote's false attribution, da Vinci was in fact a vegetarian.Misattributed

„[Horror fiction] shows us that the control we believe we have is purely illusory, and that every moment we teeter on chaos and oblivion.“

„I believe in everything — I am only looking for proofs.“

Incidentals (1904); this is sometimes paraphrased: "I am an idealist. I believe in everything — I am only looking for proofs."Context: Back of every mistaken venture and defeat is the laughter of wisdom, if you listen. Every blunder behind us is giving a cheer for us, and only for those who were willing to fail are the dangers and splendors of life. To be a good loser is to learn how to win. I was sure there are ten men in me and I do not know or understand one of them. I could safely declare, I am an idealist. A Parisian cynic says "I believe in nothing. I am looking for clues." My statement would be : I believe in everything — I am only looking for proofs.

„This is my prayer for all of us—"Lord, increase our faith." Increase our faith to bridge the chasms of uncertainty and doubt…. Grant us faith to look beyond the problems of the moment to the miracles of the future…. Give us faith to do what is right and let the consequence follow.“