Zain Javadd Malik , known mononymously as Zayn, is an English singer and songwriter. Born and raised in Bradford, West Yorkshire, Malik auditioned as a solo contestant for the British music competition The X Factor in 2010. After being eliminated as a solo performer, Malik was brought back into the competition, along with four other contestants, to form the boy band that would later be known as One Direction. Malik left the group in March 2015 and subsequently signed a solo recording contract with RCA Records.

Adopting a more alternative R&B music style with his debut studio album Mind of Mine and its lead single, "Pillowtalk", Malik became the first British male artist to debut at number one in both the UK and US, with his debut single and debut album. Malik is the recipient of several accolades, including an American Music Award, Billboard Music Award and MTV Video Music Award. In December 2018, he released his second studio album, Icarus Falls. Wikipedia 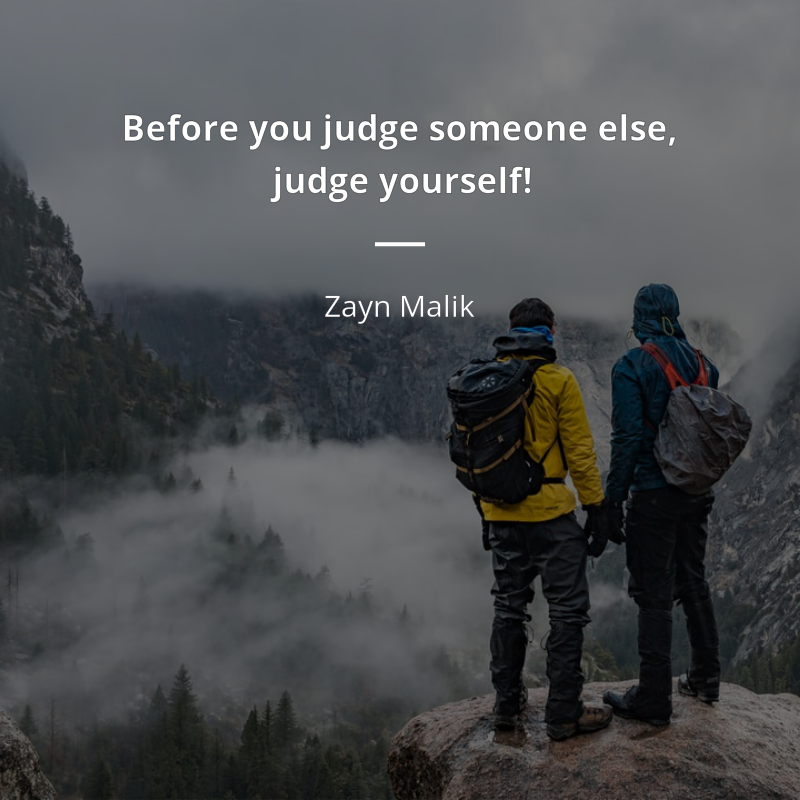 „Before you judge someone else, judge yourself!“

„[his answer to 'do you have a twin sister?] He’s quite influential, that Rodger. He’s done a couple of songs on the new album. He’s off fishing today.“

„(on "Someday My Prince Will Come" the Ashley Tisdale pop song) "Just because your prince hasn't come doesn't mean you're not a princess."“

„I'd make Liam my slave and I would make him be my (uh) personal trainer!“

„Smile doesn't mean that someone is happy. Sometimes it just means that you're strong.“

„Give me your body and let me love you like I do
Come a little closer and let me do those things to you
This feeling will last forever, baby, that's the truth
Let me be your man so I can love you“

„(on "I Don't Get Down Like That" the Swedish group Play pop song) There comes a day when you realise turning the page is the best feeling in the world, because you realise there is so much more to the book than the page you were stuck on.“

As himself talking about it being a yearbook, on 2017-05-10, https://www.telegraph.co.uk/music/artists/nobodys-reached-out--zayn-maliks-best-quotes/zayn-malik-in-quotes3/

„(on his twin sister) "Join us next week… where Zoe will be eating fruit off my naked body.."“

„(if he's ever been in a 'romcom' or 'chick flick' before) "I think there’s a strength in expressing emotion. If you were a guy, you used to have to be really masculine, but now expressing emotion is accepted and respected."
As 'guy who has a twin sister' on 2017-03-20,“

„(on Ashley Tisdale) "You don't need a prince to be a princess."“

„If people talk behind your back, it's because you're ahead of them.“

„[on his newest iPhone] I'm scrolling and scrolling and I’m, like, 'I have to stop,' but I can’t, so I delete the app from my phone. And download it again the next day or whatever.“