Marco Polo was a Venetian merchant, explorer, and writer. His travels are recorded in Livres des merveilles du monde , a book that described to Europeans the wealth and great size of China, its capital Peking, and other Asian cities and countries.

He learned the mercantile trade from his father and his uncle, Niccolò and Maffeo, who travelled through Asia and met Kublai Khan. In 1269, they returned to Venice to meet Marco for the first time. The three of them embarked on an epic journey to Asia, returning after 24 years to find Venice at war with Genoa; Marco was imprisoned and dictated his stories to a cellmate. He was released in 1299, became a wealthy merchant, married, and had three children. He died in 1324 and was buried in the church of San Lorenzo in Venice.

Marco Polo was not the first European to reach China , but he was the first to leave a detailed chronicle of his experience. This book inspired Christopher Columbus and many other travellers. There is a substantial literature based on Polo's writings; he also influenced European cartography, leading to the introduction of the Fra Mauro map.

Photo: , but also many other copies online. / Public domain 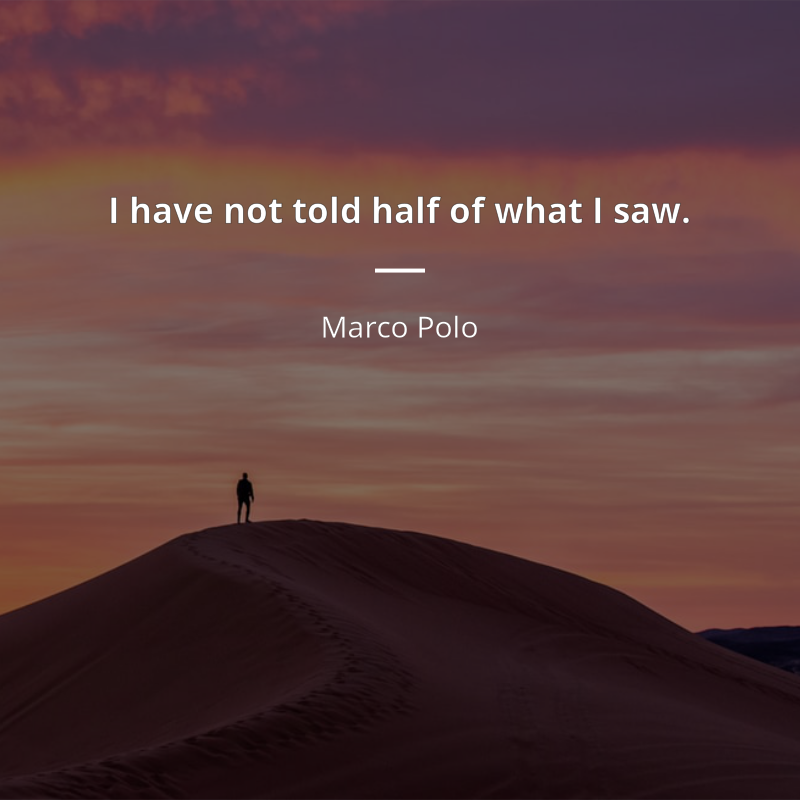 „I have not told half of what I saw.“

Non ho scritto neppure la metà delle cose che ho visto.On his death-bed, when urged to retract "some of the seemingly incredible statements he made in his book", as quoted in The travels of Marco Polo, the Venetian (J. M. Dent, 1926), p. xxiv. Quote in Italian from Imago mundi seu Chronica (c. 1330) by Jacopo d'Acqui, as reported in the bibliographic note to Marco Polo: Storia del mercante che capì la Cina (2009) by Vito Bianchi.

„I speak and speak, … but the listener retains only the words he is expecting. … It is not the voice that commands the story: it is the ear.“ 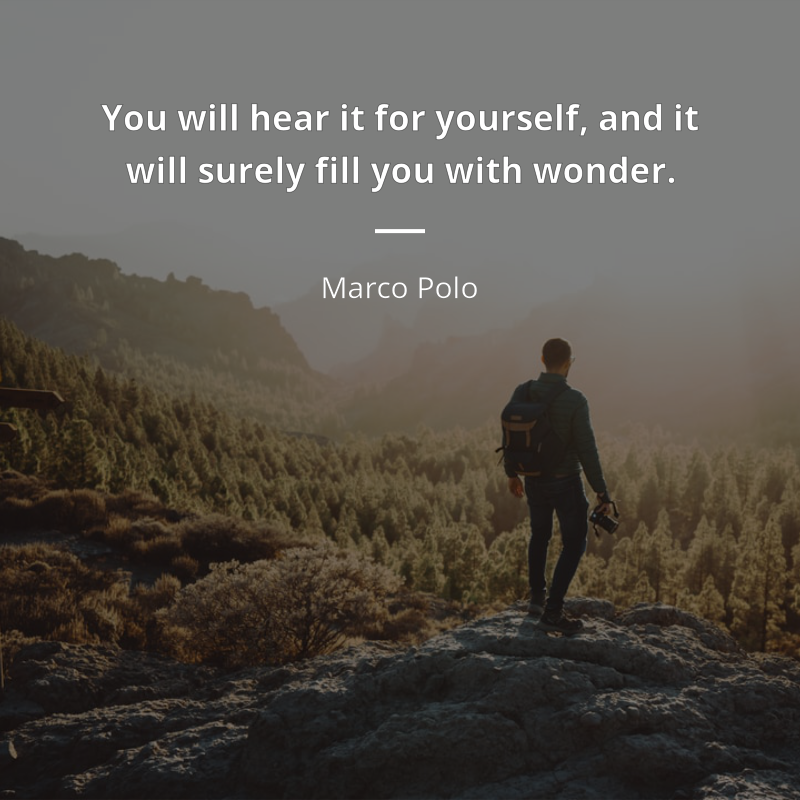 „You will hear it for yourself, and it will surely fill you with wonder.“

„The personal appearance of the Great Kaan, Lord of Lords, whose name is Cublay, is such as I shall now tell you.“

„Here people was once used to be honourable: now they are all bad; they have kept one goodness: that they are greatest boozers.“

founder and first emperor of the Mongol Empire

founder and first emperor of the Mongol Empire