„I could sooner reconcile all Europe than two women.“ 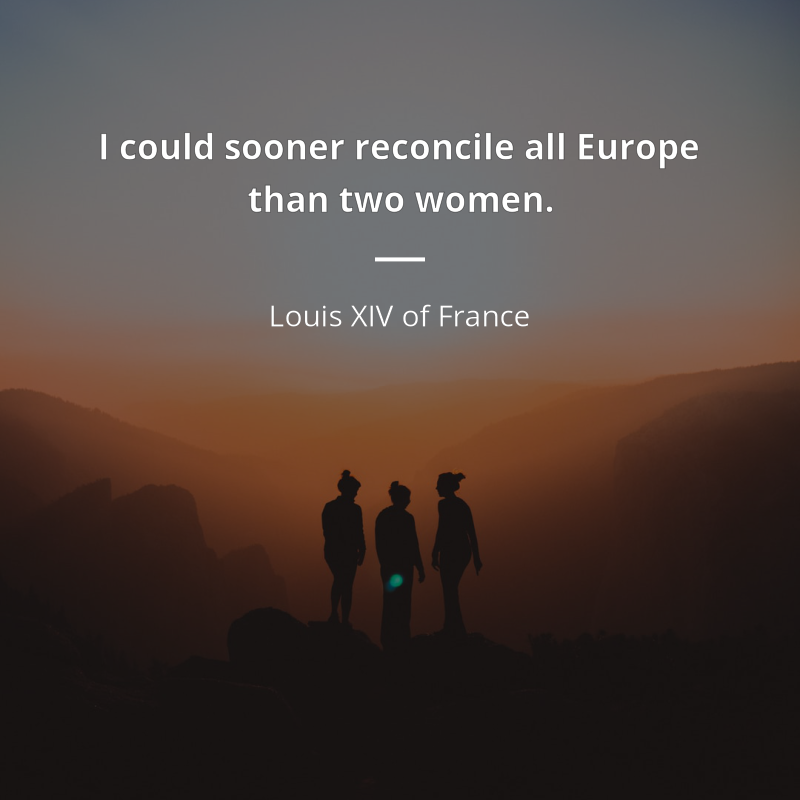 „Scholarly men were suspect in my town. Women could not admit to scholarship at all. Men are afraid of two things in this world, it seems—women and knowledge. Both threaten their power, eh?“

—  Michael Moorcock, book The War Hound and the World's Pain

„I could name all day, those women I deem great in Greece alone and the records would scarcely be complete.“

From a letter to Harold Preece (c. December 1928)LettersContext: I could name all day, those women I deem great in Greece alone and the records would scarcely be complete. And what of Joan of Arc and Emma Goldman? Kate Richards O’Hare and Sarah Bernhardt? Katherine the Great and Elizabeth Barrett Browning? H. D. and Sara Teasdale? Isibella of Spain who pawned her gems that Columbus might sail, and Edna St. Vincent Millay? And that queen, Marie, I think her name was, of some small province - Hungary I believe - who fought Prussia and Russia so long and so bitterly. And Rome – oh, the list is endless there, also - most of them were glorified harlots but better be a glorified harlot than a drab and moral drone, such as the text books teach us woman should be. Woman have always been the inspiration of men, and just as there are thousands of unknown great ones among men, there have been countless women whose names have never been blazoned across the stars, but who have inspired men on to glory. And as for their fickleness – as long as men write the literature of the world, they will rant about the unfaithfulness of the fair sex, forgetting their own infidelities. Men are as fickle as women. Women have been kept in servitude so long that if they lack in discernment and intellect it is scarcely their fault.

„The labor of women in the house, certainly, enables men to produce more wealth than they otherwise could; and in this way women are economic factors in society. But so are horses.“

„Women are much more like each other than men: they have, in truth, but two passions, vanity and love; these are their universal characteristics.“

„There are two ways of avoiding the snare of woman; one is to shun all women and the other to love all beings.“

„I'm supposed to have a Ph. D. on the subject of women. But the truth is I've flunked more often than not. I'm very fond of women; I admire them. But, like all men, I don't understand them.“

„When women and men have approximately equal life expectancies, it seems to be because women die not only in childbirth (fewer than thought) but about equal from… diseases; poor sanitation and water; inadequate healthcare; and diseases of malnutrition. In industrialized societies, early deaths are caused more by diseases triggered by stress, which breaks down the immune system. It is since stress has become the key factor that men have died so much sooner than women.“

„Four things greater than all things are,—
Women and Horses and Power and War.“

The Ballad of the King's Jest, Stanza 4Other works

„Two thirds of all those who have ever lived to sixty five are alive today and most of them are women.“

„A romantic man often feels more uplifted with two women than with one: his love seems to hit the ideal mark somewhere between two different faces.“

—  Elizabeth Bowen, book The Death of the Heart

Source: The Death of the Heart

„For me, there are two kinds of women — goddesses and doormats.“

„Women speak two languages - one of which is verbal.“

„Whenever I travel the world, from Europe to Africa, South America to Southeast Asia, one of the things I most enjoy doing is meeting young men and women like you.“

It’s more fun than being in a conference room. And it’s also more important -- because you are the young leaders who will determine the future of this country and this region. So I’m going to keep my remarks short at the top, because I want to take as many questions and comments from you.2014, Young Southeast Asian Leaders Initiative Town Hall Speech (November 2014)

„Of all the nasty outcomes predicted for women's liberation… none was more alarming than the suggestion that women would eventually become just like men.“

„I have that weakness. I think women are one of the most beautiful creations that could be given by nature, by God.“

„There are two varieties of men. Some understand 'some women', the others are those who simply 'understand women.“