„The poet's mind is in fact a receptacle for seizing and storing up numberless feelings, phrases, images, which remain there until all the particles which can unite to form a new compound are present together.“

Źródło: Tradition and the Individual Talent: An Essay

„Elementary particles are terribly boring, which is one reason why we're so interested in them.“

„And so if any one would suppose that Æther (like our Air) may contain Particles which endeavour to recede from one another (for I do not know what this Æther is) and that its Particles are exceedingly smaller than those of Air, or even than those of Light: The exceeding smallness of its Particles may contribute to the greatness of the force by which those Particles may recede from one another, and thereby make that Medium exceedingly more rare and elastick than Air, and by consequence exceedingly less able to resist the motions of projectiles, and exceedingly more able to press upon gross Bodies, by endeavouring to expand it self.“

—  Isaac Newton, książka Opticks, or a Treatise of the Reflections, Refractions, Inflections and Colours of Light

„About 70 years ago, only a small number of “elementary particles”, thought to be the basic building blocks of matter, were known: the proton, the electron, and the photon as the quantum of radiation. All these particles are stable (the neutron is stable only in nuclear matter, the free neutron decays by beta decay: n→p+e−+\overline{\nu}). Owing to the availability of large accelerators, this picture of a few elementary particles has profoundly changed: today, the standard reference Review of Particle Properties lists more than 100 particles. The number is still growing as the energies and luminosities of accelerators are increased.“

„The elementary particles in Plato's Timaeus are finally not substance but mathematical forms. "All things are numbers" is a sentence attributed to Pythagoras.“

Physics and Philosophy (1958)Kontekst: But the resemblance of the modern views to those of Plato and the Pythagoreans can be carried somewhat further. The elementary particles in Plato's Timaeus are finally not substance but mathematical forms. "All things are numbers" is a sentence attributed to Pythagoras. The only mathematical forms available at that time were such geometric forms as the regular solids or the triangles which form their surface. In modern quantum theory there can be no doubt that the elementary particles will finally also be mathematical forms but of a much more complicated nature.

„There is no kind of material, no body, and no thing that can be produced or conceived of, which is not made up of elementary particles;“

Źródło: De architectura (The Ten Books On Architecture) (~ 15BC), Book II, Chapter I, Sec. 9Kontekst: There is no kind of material, no body, and no thing that can be produced or conceived of, which is not made up of elementary particles; and nature does not admit of a truthful exploration in accordance with the doctrines of the physicists without an accurate demonstration of the primary causes of things, showing how and why they are as they are.

„Which came first — the observer or the particle?“

„The behavior of large and complex aggregates of elementary particles, it turns out, is not to be understood in terms of a simple extrapolation of a few particles. Instead, at each level of complexity entirely new properties appear, and the understanding of the new behaviors requires research which I think is as fundamental in its nature as any other.“

„The best teacher is not the one who knows most but the one who is most capable of reducing knowledge to that simple compound of the obvious and wonderful.“ 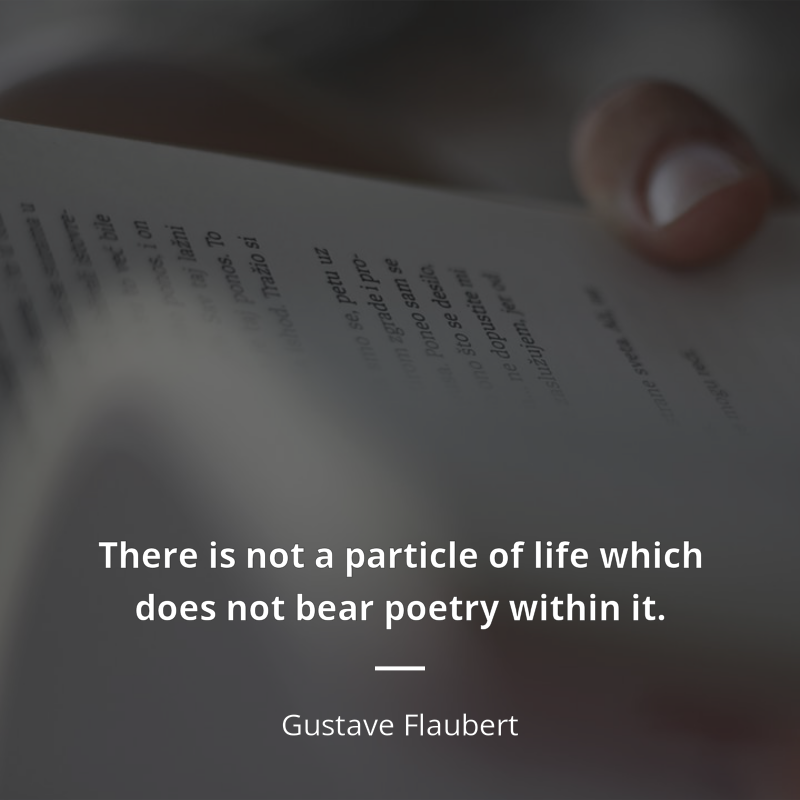 „There is not a particle of life which does not bear poetry within it.“

„It is remarkable of the simple substances that they are generally in some compound form.“

Źródło: Vestiges of the Natural History of Creation (1844), p. 35Kontekst: It is remarkable of the simple substances that they are generally in some compound form. Thus oxygen and nitrogen, though in union they form the aerial envelope of the globe, are never found separate in nature. Carbon is pure only in the diamond. And the metallic bases of the earths, though the chemist can disengage them, may well be supposed unlikely to remain long uncombined, seeing that contact with moisture makes them burn. Combination and re-combination are principles largely pervading nature. There are few rocks, for example, that are not composed of at least two varieties of matter, each of which is again a compound of elementary substances. What is still more wonderful with respect to this principle of combination, all the elementary substances observe certain mathematical proportions in their unions. It is hence supposed that matter is composed of infinitely minute particles or atoms, each of which belonging to any one substance, can only (through the operation of some as yet hidden law) associate with a certain number of the atoms of any other.

„While the founding fathers agonized over the question 'particle' or 'wave', de Broglie in 1925 proposed the obvious answer 'particle' and 'wave'. Is it not clear from the smallness of the scintillation on the screen that we have to do with a particle? And is it not clear, from the diffraction and interference patterns, that the motion of the particle is directed by a wave? De Broglie showed in detail how the motion of a particle, passing through just one of two holes in screen, could be influenced by waves propagating through both holes. And so influenced that the particle does not go where the waves cancel out, but is attracted to where they cooperate. This idea seems to me so natural and simple, to resolve the wave-particle dilemma in such a clear and ordinary way, that it is a great mystery to me that it was so generally ignored.“

„[T]he atoms or elementary particles themselves are not real; they form a world of potentialities or possibilities rather than one of things or facts.“

„We learn to see gases and fluids as particles, particles as waves, and waves as envelopes of growing spheres.“

Jokes and their Relation to the Cognitive Unconscious (1980)Kontekst: All intelligent persons also possess some larger-scale frame-systems whose members seemed at first impossibly different — like water with electricity, or poetry with music. Yet many such analogies — along with the knowledge of how to apply them — are among our most powerful tools of thought. They explain our ability sometimes to see one thing — or idea — as though it were another, and thus to apply knowledge and experience gathered in one domain to solve problems in another. It is thus that we transfer knowledge via the paradigms of Science. We learn to see gases and fluids as particles, particles as waves, and waves as envelopes of growing spheres.

"Atomic Physics and the Description of Nature" (1934)Kontekst: Isolated material particles are abstractions, their properties being definable and observable only through their interaction with other systems.

„The quantum theory, as it is now constituted, presents us with a very great challenge, if we are at all interested in such a venture, for in quantum physics there is no consistent notion at all of what the reality may be that underlies the universal constitution and structure of matter. Thus, if we try to use the prevailing world view based on the notions of particles, we discover that the 'particles' (such as electrons) can also manifest as waves, that they move discontinuously, that there are no laws at all that apply in detail to the actual movements of individual particles and that only statistical predictions can be made about large aggregates of such particles. If on the other hand we apply the world view in which the world is regarded as a continuous field, we find that this field must also be discontinuous, as well as particle-like, and that it is as undermined in its actual behaviour as is required in the particle view of relation as a whole.“

Wholeness and the Implicate Order (1980)

„A live body and a dead body contain the same number of particles. Structurally, there's no discernible difference. Life and death are unquantifiable abstracts. Why should I be concerned?“

„A theorist today is hardly considered respectable if he or she has not introduced at least one new particle for which there is no experimental evidence.“

„An element is a substance which cannot be further reduced to a simpler substance by ordinary processes, and is made up of particles of one kind only.“